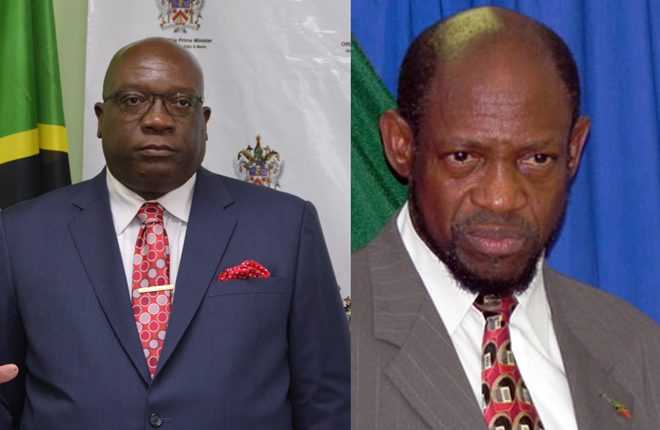 (PRESS SEC) – When he was Prime Minister of St. Kitts and Nevis, Dr. Denzil Douglas strongly cemented his record as a politician who was dead set against the idea of elected parliamentary representatives holding dual citizenship.

Now, information has come to light that brings into question the once-considered poster child for parliamentarians’ exclusive allegiance to the Federation of St. Kitts and Nevis.

In 2009, then-Prime Minister Dr. Denzil Douglas went as far as championing pieces of legislation that amended the National Assembly Elections Act and reinforced his fervent opposition to dual citizenship for parliamentarians.

He did this close to the general elections of January 25th, 2010, which saw the Dr. Douglas-led administration win a fourth consecutive term in office.

(1) A candidate for nomination who gives false information relating to his or her citizenship contrary to the provisions of Section 51(5A) commits an offence.

(2) A voter who nominates a candidate for election and gives false information relating to the citizenship of that candidate commits an offence.

(3) A candidate who commits an offence under this section

(b) shall not be qualified for a period not exceeding five years following his or her conviction or, as the case may be, following a report of the court hearing an election petition as may be so prescribed, to be elected or appointed as a member of Parliament; and

(4) A person who nominates a candidate for election who commits an offence under this section shall be liable on summary conviction to a fine not exceeding twenty thousand dollars or to a term of imprisonment not exceeding five years or to both such fine and imprisonment.

The National Assembly Elections (Amendment) Act, 2009 also inserted a new subsection, 5A, in section 51. This new subsection, 5A, is referred to in 100 A (1). The National Assembly Elections (Amendment) (No.2) Act, 2009 revised subsection 5A as follows: “A candidate for nomination for election shall, on nomination day, make a declaration on oath or by affirmation in terms set out in Part 1 of Form No. 3 of the First Schedule.”

Form No. 3 requires the person nominated as a candidate for election as a member of the National Assembly to make a statutory declaration, swearing, among other things, that, “I am not, by virtue of my own act, under any acknowledgement of allegiance, obedience or adherence to a foreign power or State.”

Now, information has come to light that questions where the loyalty of Dr. Denzil Douglas, who is now leader of Her Majesty’s Loyal Opposition, lies.

At his press conference today, Tuesday, October 3rd, 2017, Prime Minister Dr. the Honourable Timothy Harris made what one can only describe as a bombshell announcement, given the fact that the Dr. Denzil Douglas of yesteryear was considered to be a staunch advocate against dual citizenship for parliamentarians.

The Honourable Prime Minister then issued this challenge to Dr. Denzil Douglas: “I challenge Dr. Douglas now to confirm the truth or otherwise of the foregoing information to which I have been made privy to and I have shared in the public interest.”