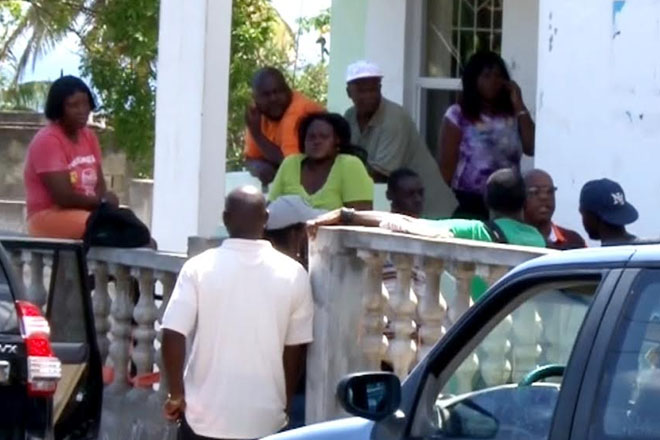 Basseterre, St. Kitts (SKNIS) — St. Kitts and Nevis Prime Minister and Constituency Representative for St. Christopher #7, Dr. the Honourable Timothy Harris, spent much of his Easter weekend listening to the concerns and needs of his constituents during a series of “one on ones” in the area.

The meetings were scheduled for Saturday (April 05) between of 2 to 5 pm. The resulting turnout of persons was overwhelming, and it was clear, very early that many would be unable to see the Prime Minister on Saturday. However, to the surprise of those in line, the Prime Minister announced he would continue the meetings on Sunday. He arrived earlyon Sunday and continued the meetings in earnest.

The residents of Constituency #7 shared their concerns on issues ranging from employment and housing to education. Many sought clarification on the eligibility criteria and timeframe for payment of the additional compensation to former sugar workers that was recently arranged by the new government of national unity.

“I want to thank all who came out,” Prime Minister Harris said, after the sessions. “I am happy for the opportunity to serve my people, and making myself available for consultations is part and parcel of the job. I want to thank them for coming, for their confidence in the government, in my leadership and for the opportunity they have given me to hear and address some issues that are important to them.”

Prime Minister Harris also stated that he has encouraged all cabinet members to hold similar consultations as a means of better serving the citizens of St. Kitts and Nevis and ended by saying, “We will continue these consultations on a regular basis.”