BASSETERRE, St. Kitts, May 2, 2019 (Press Unit in the Office of the Prime Minister) – The Prime Minister of St. Kitts and Nevis, Dr. the Honourable Timothy Harris, has reaffirmed that the soon to be constructed state-of-the-art Basseterre High School at Ponds Estate in East Basseterre will usher in a modern and exciting future for thousands of students who will benefit from a significantly improved learning experience.

“A new educational architecture is unfolding in St. Kitts and Nevis. The construction of this new, state-of-the-art secondary school facility is real as it is imminent. It will be the most modern state-of-the-art school in Latin America and the Caribbean and it shall provide a rich and conducive environment for all our children in spite of their differing abilities and capacities,” said Prime Minister Harris. 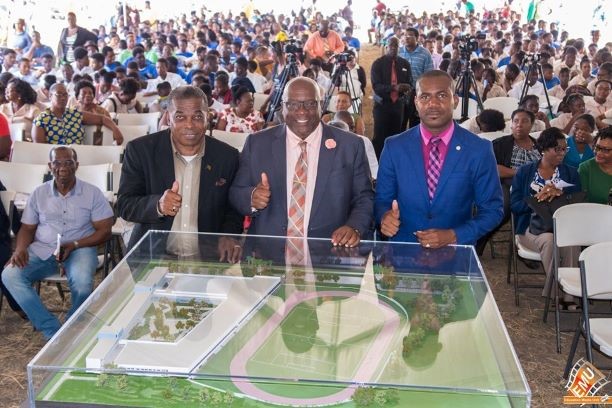 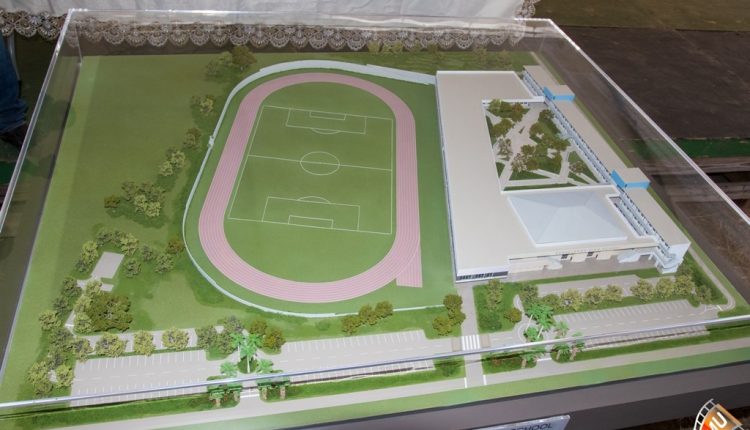 Prime Minister Harris described today’s unveiling ceremony as an historic event for the country, noting that it is “a history in which the young people in St. Kitts and Nevis will be and are being empowered to lead St. Kitts and Nevis to a higher platform and a higher order of development.”

The Basseterre High School became in need of a new home after its original site on Victoria Road was embroiled in a health situation after students and teachers there began experiencing medical symptoms.

“I could recall seeing former principal Mrs. Carlene Henry-Morton; I could recall seeing Ron Collins; I could recall seeing teacher Jennifer Williams—these are the witnesses of what was wrong at the former location. I heard a Ms. Knight on WinnFM documenting the difficulty at her Basseterre High School and I said ‘no, that wasn’t right that our students should suffer, that our wonderful teachers should have their mental capacity challenged by a former minister of education,” Dr. Harris said..

Shortly after assuming office in 2015, the Team Unity-led Government ended the unpopular BHS shift system by placing a temporary structure at Taylors Range, next to the Beach Allen Primary School, that currently houses roughly 95 percent of the students.

Now, the Dr. the Honourable Timothy Harris-led Team Unity administration is investing some $80 million dollars to construct the most modern educational facility in the Eastern Caribbean.

“This Team Unity Government will forever put the young people of St. Kitts and Nevis first and we are putting our money – $80 million hard earned dollars – in support of education. An investment in education is an investment in our human capital. It is to our human capital that all countries look to deliver on national goals and to help maintain and enlarge the gains of nationhood. Education yes is expensive—in this case $80 million dollars—but if education is expensive we won’t try the cost of ignorance,” Dr. Harris said to the responsive audience at the unveiling ceremony.