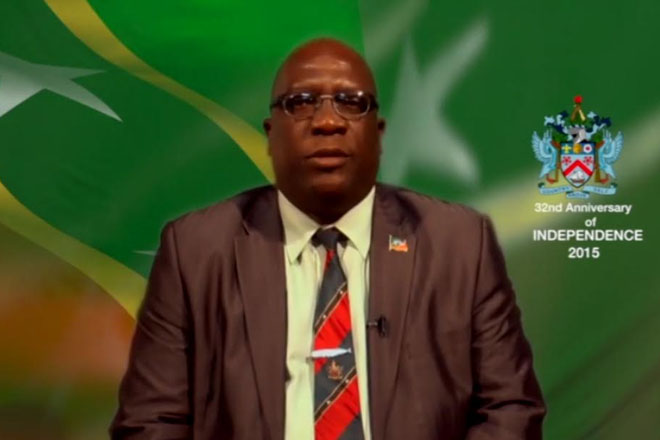 (ZIZ News) — Prime Minister, The Hon. Dr. Timothy Harris continues to call for a united approach to the further development of St. Kitts and Nevis.

Delivering his first Independence Day message as Prime Minister, Dr. Harris paid homage to those who paved the way for St. Kitts and Nevis to achieve Independence 32 years ago.

He said this year’s theme, “United in Building a Stronger Nation”, expresses the values of togetherness and acknowledges that we are better when we work together.

“It is through the experiences of our nation’s founders that we learnt the critical importance of Independence. Independence did not come about for self-interest. Independence came about because it was time to determine our own destiny: a shared destiny between government and its people,” he said.

Dr. Harris challenged every Kittitian and Nevisian to help in building an independent nation.

“This nation must be characterised as compassionate, with our conscience and humanity always shining through. Resilient – a nation able to adapt to endogenous and exogenous shocks. A nation capable of easily recovering from acts of nature and caprices of men. A nation capable of growing and learning, and satisfying the expectations of its people,” he said.

He continued “Prosperous and highly productive nation, with a well-off population, a model of a well-managed state. Democratic – a nation that treasures democracy by enlarging the democratic frontier through greater engagement and participation of civil society. A nation which respects the judiciary and honours the parliament.”