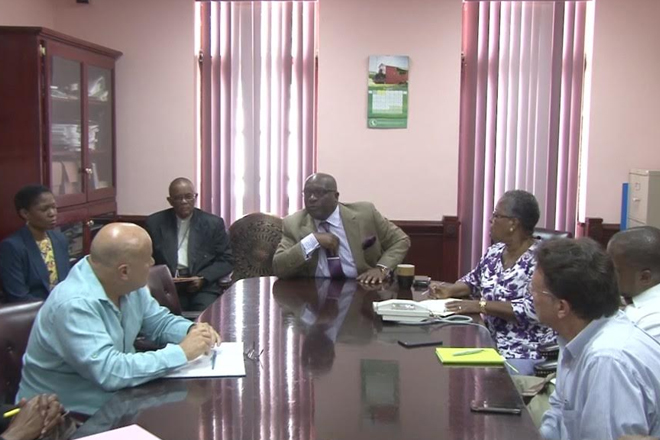 (SKNIS): Civil society stakeholders are being encouraged to be more proactive in spreading the message of personal responsibility to their members as Government works to improve the security environment.

At a meeting on Tuesday (September 20) between senior Government officials and representatives of the private sector and civil society at Government Headquarters, Prime Minister, Dr. the Honourable Timothy Harris, told the stakeholders that: “we must take ownership for what is happening in our country.”

“This (reducing crime) is not just a Government job,” he said, referring to the increased security operations being undertaken by the Royal St. Christopher and Nevis Police Force with support from the St. Kitts-Nevis Defence Force and personnel from the Regional Security System (RSS). “What the Government is doing is to say we are taking courageous steps [by bringing in the RSS] but it needs more than that because what you have [to do] is to get people in a mindset where they want to avoid the engagement in criminal activity.”

The RSS was created in 1982 and relies on “mutual cooperation, in order to maximize regional security in preserving the social and economic development of our people.” The member states are Antigua and Barbuda, Barbados, Dominica, Grenada, St. Kitts and Nevis, St. Lucia and St. Vincent and the Grenadines.

Dr. Harris recalled a recent conversation he had with a young man who, he presumed, had some knowledge of criminal activity. The young man said he would provide details on “where to go to get information” but was unwilling to cite names. A distrust of law enforcement and an unwillingness to be labeled as an “informant” was cited as a reason why the individual was not sharing the information with police.

As for personal security, Dr. Harris encouraged residents to be vigilant and responsible thereby reducing opportunities that can be exploited by criminals. “Watch where you go, who you associate with, who your children bring into your home,” he advised.

Prime Minister Harris also urged residents to give support to law enforcement and to work with others in their respective communities, particularly with at-risk youth to encourage positive experiences.