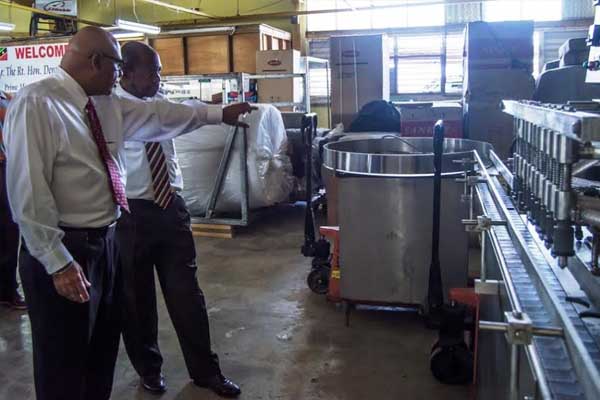 Prime Minister Douglas underscored a number of programs that Government has instituted over the years to enhance the quality of life for ordinary citizens.

“Your children are being educated at the best level,” he stressed. “Housing is made available, land is being distributed and we (the Government) are making sure that the healthcare you are receiving continues to be improved.”

The Prime Minister used the opportunity to highlight the National Health Insurance scheme and explained how uninsured workers at the factory will benefit.

“So you would find that those of you therefore, who are on minimum wage, you will be in the first batch that will be covered by the National Health Insurance scheme that we (the Government) are putting into place.”

The workers were grateful to dialogue with the Prime Minister, as he continues his out and about series.