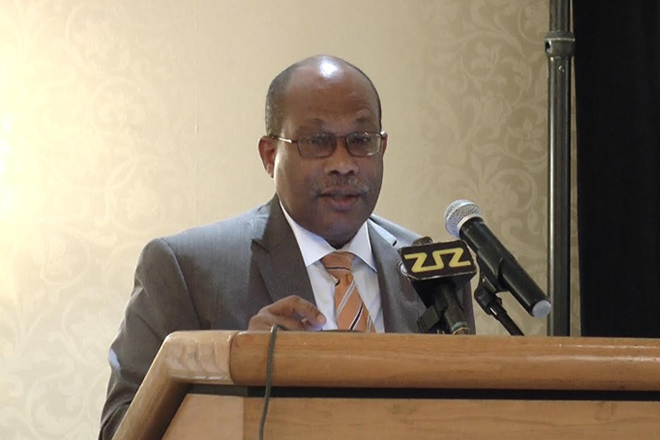 President of The Police Cooperative Credit Union, Matthew McGuire, during his opening remarks said the Union will continue to find new ways of doing business as it charts the way forward for the benefit of its members.

“We encourage our members to continue to be proud of their Credit Union and embrace a brighter future. We continue to improve and provide superior services with which we will create the right environment so that your valued business will not only add to our income stream but to ensure that no other financial institution is an option of choice over your Credit Union”, McGuire stated.

During his feature address, Deputy Governor Of The Eastern Caribbean Central Bank, Trevor O B Brathwaite gave words of advice to the Police Cooperative Credit Union.

He also congratulated the Union upon reaching this milestone.

“We have to recognize that we have to stand for what we are, law abiding citizens ad that we want to conduct our business just like anybody else in the world. We have that right as citizens of the world. Continue to embrace change as you see its transformative power. I would like to wish this Co-operative all the best in its 32 years of existence and in future years to come. I am certain that your present executive and the newly installed ones, are geared to transform your vision into tomorrow’s reality”, the Deputy Governor said.

The Annual General Meeting took the form of an interactive meeting to discuss plans submitted by the executive board.

This year’s event was held under the theme “Embracing Change, Transforming Today’s Vision Into Tomorrow’s Reality”.