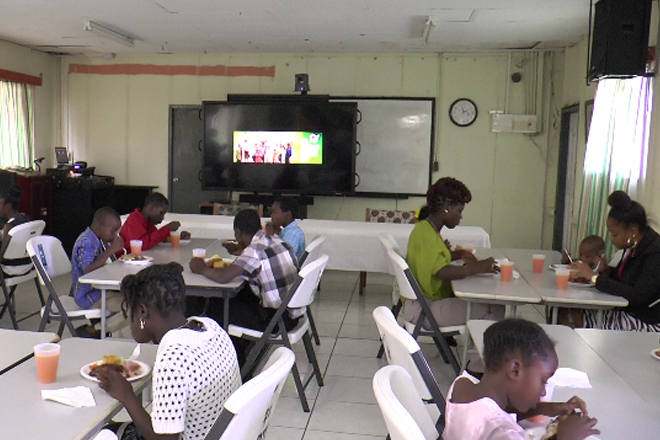 Inspector Adolph Adams said the luncheon is the Force’s way of giving back to the community as the Force had been receiving year round.

He said, “This idea came about following a general meeting that we had with our staff,” adding that “the ideas were banged about because the police have always been receiving from the community and we decided that this year we’re going to do something different; we’re going to give back to the community.”

Inspector Adams further thanked the persons who were instrumental in coordinating the luncheon for the children.