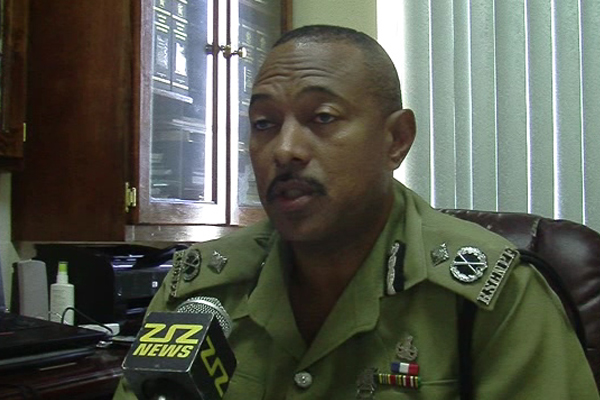 (ZIZ News) — The police are currently investigating a shooting incident in the Ocean Lawns, Camps area that occurred in the early hours of Tuesday morning.

According to a police statement, at about 12.45am, two armed assailants dressed in dark clothing shot a 30 year-old-man while he was entering his home.

A number of shots were fired with one striking the victim in the pelvic area.

He was reportedly taken to the J. N. France General Hospital by the Emergency Medical Services for treatment.

The police are asking anyone with information about this incident to call the nearest police station or crime stoppers at 1 800 8477.

Meanwhile, ZIZ News understands that two Samsung tablets, one Blu tablet and $2500 were stolen from a home in Wades Garden, early Sunday morning.

The force’s Public Relations Department has confirmed that officers are investigating the building breaking and larceny.

According to a police report, at around 5.20am on Sunday, the occupant woke up to find two men in the house.

One of the thieves reportedly threatened the occupant not to inform the police.

ZIZ News understands that the Forensic Services Unit has processed the scene and Assistant Commissioner of Police, Ian Queeley is urging residents to secure their homes as “This time of year sees an increase in house breakings.”

He said “robberies are crimes of opportunity, if it’s difficult to get in, most robbers will leave”.