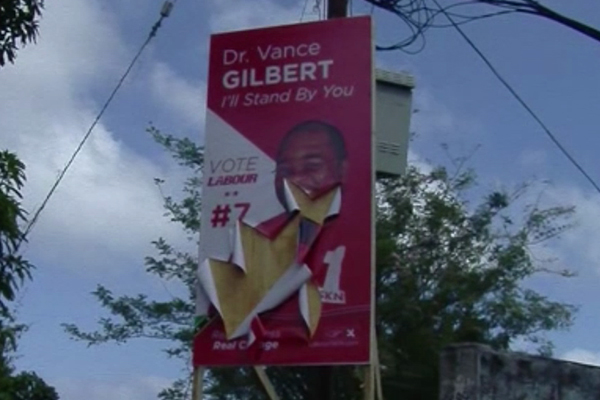 (ZIZ News) — The police force is issuing a strong warning to the public as it investigates recent cases of billboard vandalism.

A police statement said the Force is currently investigating reports of the destruction and damage of political candidates’ campaign billboards and other campaign instruments in various parts of the country.

Assistant Commissioner of Police, Ian Queeley, said these acts are crimes and added that legal action will be taken against offenders.

“It is a criminal offence and that criminal offence is punishable by law. It is also important to note that if such actions are condoned and persons are prosecuted these persons can be, by way of fine, or sent to prison, be held responsible for their actions,” he said.

The police force is calling on those responsible for the vandalism to immediately cease this unlawful practice.