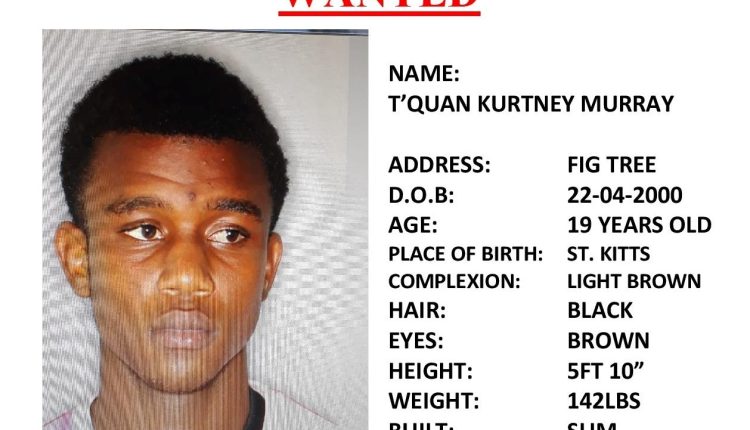 19 year old T’quan Kurtney Murray is currently wanted by the Police for the offences of Murder and Attempted Murder.

Murray who is a resident of Fig Tree is wanted for one count of murder and two counts of attempted murder committed on June 6 2017 in St. Pauls.

Anyone who sees him or knows of his whereabouts is asked to contact the violent crimes unit at 465-1887, their nearest police station or the crime hotline at 707.