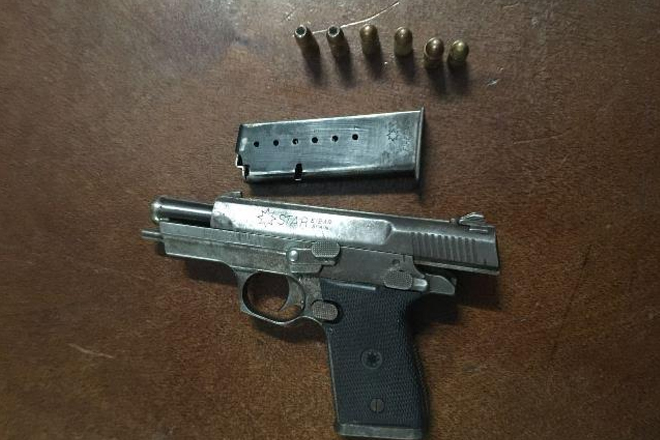 During a stop and search operation on Saturday, one 9mm pistol and six rounds of ammunition were seized by officers of the Special Services Unit.

On Monday, the Force’s Public Relations Unit revealed the details in a press release, noting that at approximately 10.20pm, four persons of interest were stopped and searched in the Nevis Street area in Basseterre, adding that they are in police custody assisting with the investigation.

Earlier this month, we reported that another illegal firearm was seized by police.