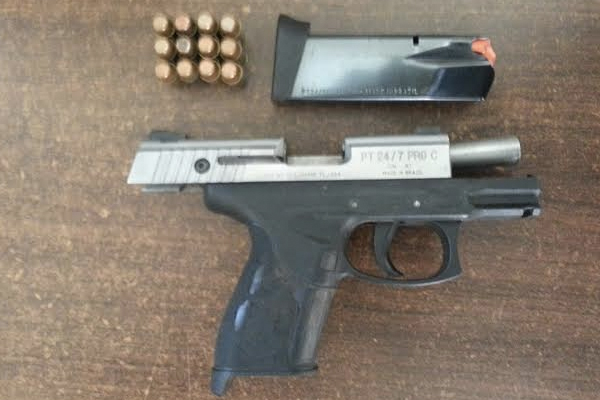 (ZIZ News) – Two persons are in police custody after police seized a gun and ammunition following a high speed chase earlier this week.

According to a police statement, on Tuesday at about 12:30pm officers of the Special Services Unit were driving along the F.T. Williams Highway when they intercepted two men on a motorcycle.

The officers suspected them of possessing firearms and ammunition.

According to the police, the men sped away on the motorcycle and a chase ensued which ended at George Street in the vicinity of C&C Supermarket.

The police informed the men of their suspicion and a search turned up a loaded semiautomatic pistol.

The firearm, ammunition and men were taken into police custody. They are expected to be charged for various offences stemming from the arms and ammunition find and chase.

Assistant Commissioner of Police with responsibility for crime, Ian Queeley, has commended the officers who were involved in this operation for their keen observation, pursuit and arrest of the individuals.

He noted that the removal of this firearm and ammunition from the streets of the federation has saved lives.

Queeley is also asking the public to support the police force in its pursuits in making the federation a safer place for all.