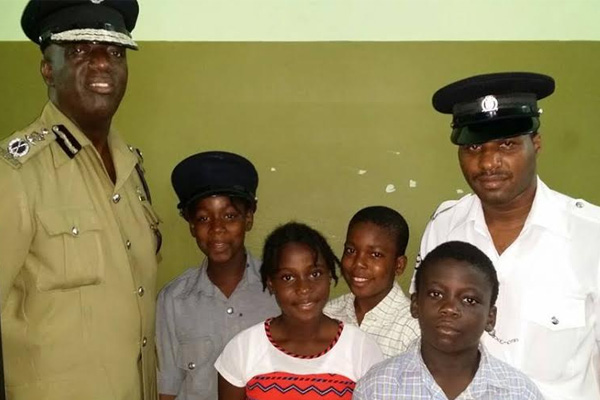 Ishawn Wilkes of Mad House Alley was formally arrested and charged for Driving Without A Valid Driver’s Licence and Driving Without Insurance, which were committed on 21st November 2014.

Rudolph Dyer of West Bourne Street was formally arrested and charged for Wounding With Intent, which was committed on 5th July 2013 at the corner of College Street Ghaut and the Bay Road

Livingston Moore of Bird Rock was convicted for Possession of Cannabis, which was committed on 21st May 2014 and was fined $3500.00 forthwith or in default serve six (6) months imprisonment.

Rodney Jeffers of Lime Kiln Village was convicted for Breaking Injunction Order, which was committed between 17th and 20th November 2014 and was sentenced to two (2) months imprisonment with hard labour.

The Royal St. Christopher and Nevis Police Force is proud to be a participant of the new programme implemented at Violett Petty Primary School known as “Follow Your Dream Programme” which is put in place to guide and mould youths of this Federation. This programme guides and motivates young minds by strengthening the capacities of learning in the field the child is most interested in and guide them on how to live a productive and pro-social lives and reduce their chances of being victimized or becoming involved in offending. There were five students that attends the Violett Petty Primary School, who choose Policing as their field of choice.

On 20th November 2014, these five students were attached to Cayon Police Station, where they received first hand experience in Policing under the guidance and supervision of Sgt. Greaux. Students visited various stations, departments, Magistrate Court and High Court and a briefing with the future Officers of the Federation was held with Commissioner Walwyn.

Commissioner of Police, Dr. C G Walwyn, on behalf of The Royal St. Christopher and Nevis Police Force, would like to thank the Principal of Violett Petty Primary School, Ms. Joycelyn Mitcham along with parents for allowing the opportunity in participating in this programme and they have the Force full support in programme such as” Follow Your Dream”. And to the five students, the Police Force is truly honoured that you choose Policing as your career field, it was delightful and we look forward to having you enrolled with us in the future.