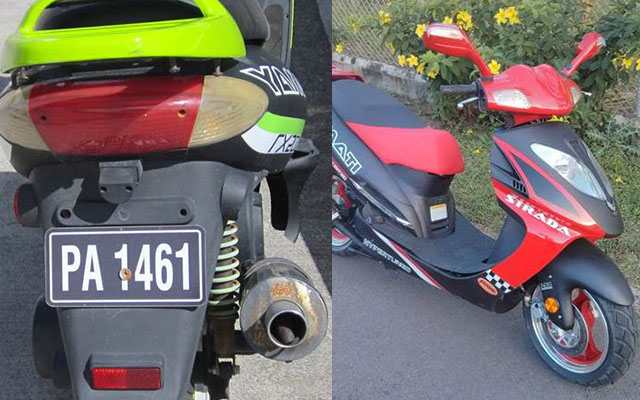 (ZIZ News) — O’Brien Clarke of Stoney Grove was formally arrested and charged for two (2) counts of Larceny, which were committed between 14th and 16th October 2014 at Main Street, Charlestown.

Victor Hanson of Upper Cayon Village was formally arrested and charged for Possession of Cannabis and Possession with Intent to Supply, which were committed on Wednesday 22nd October 2014.

Giselle Croft of Rectory Road, Dorset Village, Basseterre was formally arrested and charged for Wounding, which was committed on Saturday 13th September 2014 at Pond Road, Basseterre.

Laughton Lake of Newton Ground was convicted for Battery committed on Monday 16th June 2014, and sentenced to seven (7) days in prison with hard labour.

The Stapleton Police station is investigating two (2) incidents of missing motor scooters which occurred between 10:00 PM on Sunday 26th and 7:30 Am on Monday 27th October 2014 at Parray’s Housing Development.

Initial investigation revealed that the motor scooters were parked at the homes of the owners. Anyone who has any information pertaining to the location of these motor scooters is asked to call the Stapleton Police Station at 465-2418, the nearest police station, or Crime Stoppers at 1-800-8477 (TIPS). Remember, you do not have to provide your personal information, and you maybe eligible to receive a reward.