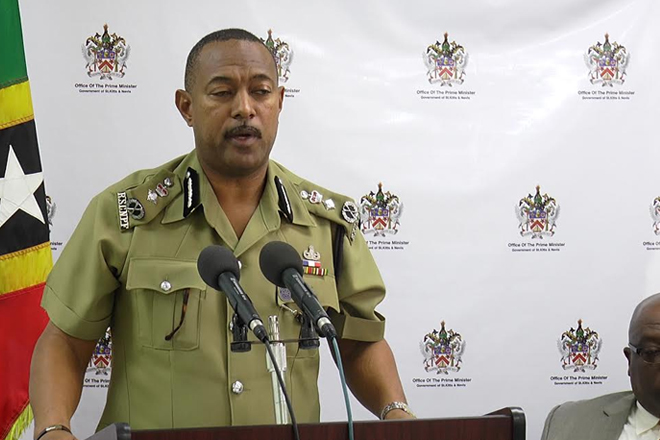 (ZIZ News) — Police Commissioner Ian Queeley says the police are still pursuing leads and doing all they can to solve the recent homicides in St. Kitts Nevis.

He gave the update in response to a question at the Prime Minister’s press conference on Tuesday morning.

“Several persons in those investigations are assisting the police with the investigations that we’re carrying out and we’re hopeful that very shortly we’ll have some positive outlook in terms of the determination of that crime,” he said.

He said on a larger scale the police have been stepping up their efforts and raising visibility to reduce crime in the communities.

“Members within the community can attest to the fact that in very recent the police have been fulfilling their obligations. We are not only increasing our visibility, we are increasing our operational activities and so that goes hand in hand with the investigations,” he said.