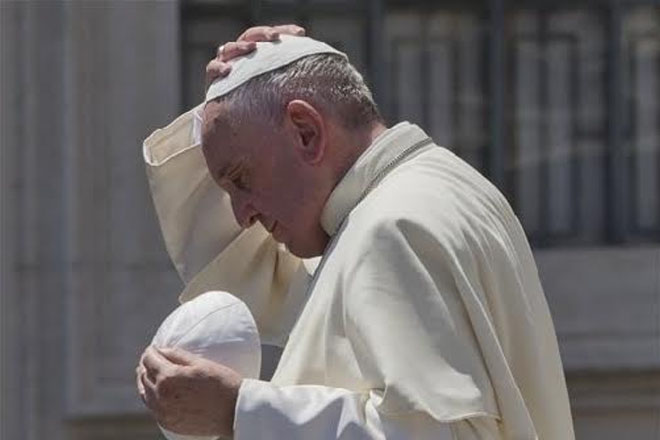 Vatican City (AP) — Pope Francis has created a new Vatican tribunal section to hear cases of bishops accused of failing to protect children from sexually abusive priests, the biggest step the Holy See has taken yet to hold bishops accountable.

For years, the Vatican has been criticised by victims, advocacy groups and others for having failed to ever punish or forcibly remove a bishop who covered up for clergy who raped or molested children. In April, Francis accepted the resignation of a US bishop who had been convicted of failing to report a suspected child abuser, but that wasn’t a forced removal.

The Vatican said Wednesday that Francis had approved proposals made by his sexual abuse advisory board. They create a mechanism by which the Vatican can receive and examine complaints of abuse of office by bishops and adjudicate them.

A special new judicial section will be created inside the Congregation for the Doctrine of the Faith “to judge bishops with regard to crimes of the abuse of office when connected to the abuse of minors”, a Vatican statement said.

The Congregation currently reviews all cases of priests who abuse minors.

The Vatican said Cardinal Sean O’Malley, the head of Francis’ sex abuse advisory commission, presented the proposals to Francis’ cardinal advisers, who have been meeting this week. The panel approved the measures, as did Francis, who authorised funding for full-time personnel to staff the new office, the Vatican said.

The Vatican spokesman, the Rev Federico Lombardi, said this means there is now a specific process by which the Vatican can deal with bishops who are negligent in handling cases of abuse in their territories.

Canon law already does provide sanctions for bishops who are negligent in their duties, but the Vatican was never known to have meted out punishment for a bishop who covered up for an abuser.

Now, with these proposals, “the process is defined”, Lombardi said.