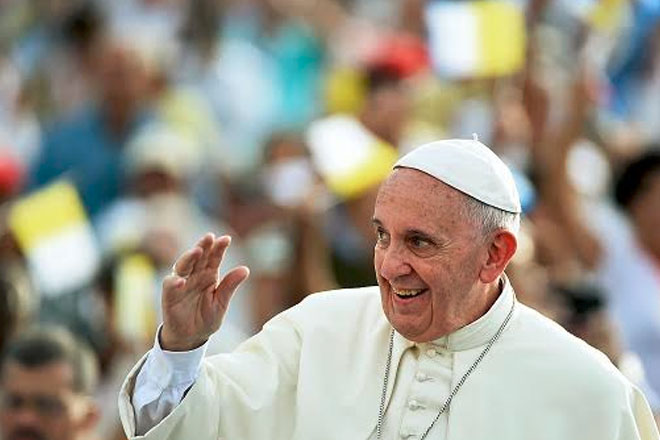 Pope met secretly in US with anti-gay marriage clerk

Washington, United States (AFP) — A US county clerk who refused in the name of her faith to issue marriage licenses to same-sex couples said Wednesday she secretly met with Pope Francis during his US visit and that he urged her to “stay strong.”

Kim Davis, a born-again Christian, told broadcaster ABC she met the pontiff on September 24th while he was in Washington after receiving a surprise phone call from a Vatican official.

“It was really very humbling to even think that he would want to, you know, meet me or know me,” Davis said.

“Before he left he said, stay strong,” she added.

In Rome, Vatican spokesman Federico Lombardi confirmed the encounter with the Kentucky clerk, but declined to comment further.

Davis has become a heroine to US same-sex marriage opponents, after she landed in jail for six days for refusing to issue licenses for gay marriage, which the US Supreme Court legalized nationwide in June.

She was released after deputy clerks in her office in Rowan County, Kentucky, said they would issue the certificates.

“I put my hand out and he reached and he grabbed it and I hugged him and he hugged me and he said ‘thank you for your courage,'” Davis said of her encounter with the pope.

“That was a great encouragement just knowing that the pope is on track, you know, with what we’re doing and agreeing, you know, kind of validates everything.”

During the meeting, which occurred at the Vatican embassy, the pope gave Davis two rosaries, one black and one red, her lawyer Mathew Staver told CNN.

“Kim Davis’ parents, her mom and dad, are lifelong Catholics. And so she was able to present her mom and dad with these gifts from the pontiff,” Staver said.

During his visit to Washington, New York and Philadelphia last week, Francis spoke out for religious freedom but did not mention Davis by name.

On his flight home, however, he told an American reporter that while he could not speak about specific cases “conscientious objection is a right that is a part of every human right.”