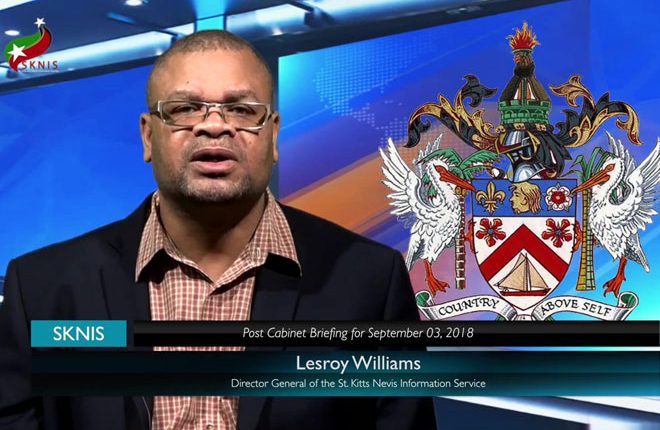 Cabinet heard presentations from the councillors of the SIDF (Sugar Industry Diversification Foundation) on matters pertaining to financial and legal aspects of the Foundation. Cabinet considered submissions for foreign direct investment in the Federation.

Williams said updates from the National Emergency Management Agency were also given.

NEMA (National Emergency Management Agency) provided the Cabinet with a list of shelters for use during the 2018 Atlantic Hurricane Season.

Cabinet was also advised on the nomination of eight persons for National Awards on the 35th Anniversary of Independence. These names will be announced later after the nominees have been informed and have accepted.