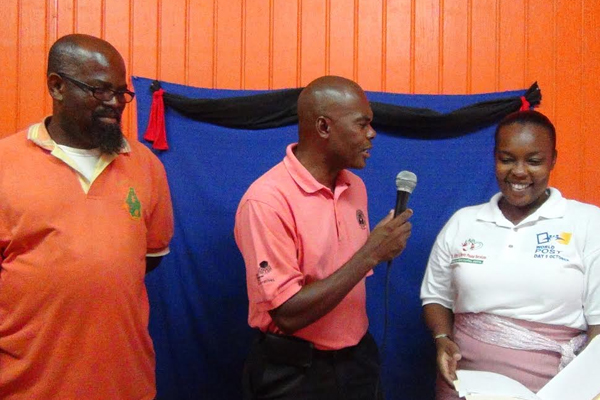 Sports Page — The much anticipated Postal Services Cricket festival which was originally planned for late last year, is definitely on for this coming weekend.

So says, the lady in charge of the Postal Services on Nevis, Ms Rhonda-Forbes-Williams.

Speaking to the media last week, Ms Williams indicated that the series of matches which were originally planned to celebrate Postal Services day, last year, but which were rained out, will now be played on Saturday 7th February at the ET Willet Park.

She is promising some very exciting matches as the four competing teams include some of the top cricketers on Nevis—past and present.

The four teams competing will be: The Postal Services team; Public Works Department; Water Department and the under seventeen team.

Danny Williams of the Public Works Department is equally assured that his team will take the coveted trophy which will be up for grabs and the folks at the Water Department are also certain that they will open the flood gates on the big night, to sweep everything before them.

The under seventeen players are a lot more reserved but then again, maybe they are saying: ‘Action speaks louder than words!’

The action begins promptly at 5 pm and will go into the night until the final ball is bowled.

There will be lots to eat and drink and musical entertainment will be provided.

Additionally, Ms Williams is indicating that a box will be passed around during the event, in order to solicit donations towards the health care of two individuals who are in need of urgent medical care in Adrian Joseph and Raymond Maynard.