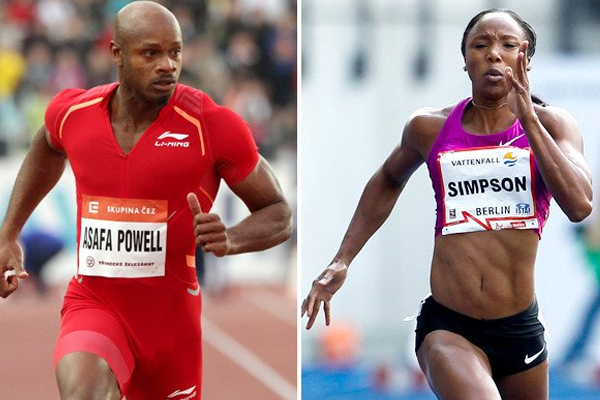 Powell and Simpson not cleared

KINGSTON, Jamaica (CMC) – The handlers of Jamaican sprinter Asafa Powell on Wednesday dismissed local media reports that Powell and training partner Sherone Simpson were cleared of doping offences by the Court of Arbitration for Sports (CAS).

Local television station CVM, reported on Tuesday that Powell and Simpson had been cleared of doping offenses.

However Powell’s publicist Tara Playfair-Scott has denied the report.

Any reports of the athletes’ previous sanction being overturned by CAS are premature and in fact unofficial,” said Playfair in her release.

“Asafa Powell and Sherone Simpson completed their appeal hearings yesterday, July 8th, 2014 in New York before The Court of Arbitration for Sport (CAS). The appeal was filed was against the 18th month sanction issued by JADCO earlier this year on April 10, 2014. Both athletes are more than satisfied with the process and patiently await the CAS panel’s decision”.

Under the stay issued by CAS last month both athletes are allowed to compete professionally until the final decision is handed down.

Simpson will compete in both the 100m and the 200m on Saturday at the Gulden Sporen meet in Kortrijk, Belgium.