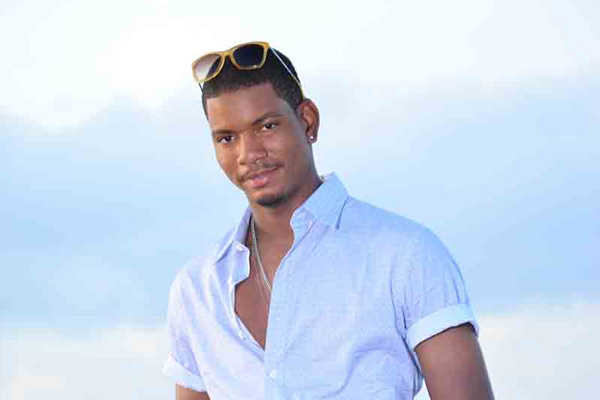 Powell, who achieved victory as Captain of the West Indies A team in the recently completed One-Day international series against India A, said he is thrilled to be launching such a significant and worthy initiative to assist promising youth cricketers from rural regions, as part of the young star’s ‘Kieran Powell Academy.’

“The aim of the initiative is to discover and expose regional youth cricketing talent with the winning participants being awarded high-level Scholarship Programmes to train under Murali’s Foundation of Goodness,” explained Powell.

“Ten Scholarships are up for grabs and it is an honour for me to work in collaboration with the Foundation, which played an enormous role in assisting and nourishing the lives of victims of the 2004 Sri Lankan Tsunami, and has since created an incredible sustainable community model designed to inspire and empower disadvantaged communities across the world. They are indeed an incredible organization and I hope to emulate their ethos and values, in steering my own Academy to the same heights of achievement.”

The initiative will consist of Kieran Powell themed ‘Star Search Days,’ where outstanding young cricketing talent will be selected to compete for prized Scholarship Programmes, awarding the winners’ an intense cricket training, chance-of-a-lifetime opportunity, at the Seenigama Sports Academy, the sporting arm of the Foundation.

Foundation of Goodness Founder and trustee, Kushil Gunasekera, praised the desire of 23-year-old Powell, who was recently named West Indies Cricket Board’s Emerging Player of the Year, to make such a remarkable contribution to those less privileged across the world.

“We have had hundreds of international personalities, including some of the world’s most high profile and most respected cricketers, collaborate with our organization and our cause over the years,” commented Gunasekera.”

“However, to have such a yearning and determination at such a young age, to develop the talent of others less fortunate than himself – several of whom lost their livelihoods and families in the 2004 Tsunami and would otherwise never get such an opportunity – is a truly notable trait in this young man, and it is a testament to how far he will go not just as an exceptionally talented batsman but as an ambassador for West Indies Cricket and for sport by and large.”

Powell, who had carefully crafted the initiative with his Manager Emma Everett, over the past several months as part of his Academy launch, is excited that the initiative is ready to be unveiled, and paid tribute to sponsors and a dedicated team in Sri Lanka who helped make his wish a reality.

“We have had some amazing commitment and support from a wonderful team of individuals out there, and I am looking forward to personally thanking them all and appreciating the splendor of Sri Lanka, this being my first visit out there,” he said.

Powell will join the West Indies senior team in a few days’ time to take on India once again, and said he is extremely pleased to be back in the squad after finger surgery kept him out of contention during the team’s most recent tours, earlier in the year.

“The India tour will be an especially poignant one, as it will be the great Sachin’s farewell to cricket and I am grateful I will be a part of such a historical occasion. He is what every cricketer aspires to be,” said the powerful left-handed batsman, who himself has been strongly earmarked for West Indies leadership, according to recent media reports, re-affirmed by his award for Emerging Player of the Year, in July this year.

The Kieran Powell Cricket Star Search kicks off on Monday 14th October at the Seenigama Surrey Oval in Sri Lanka, with the Scholarship Winners’ Award ceremony due to take place later this week.