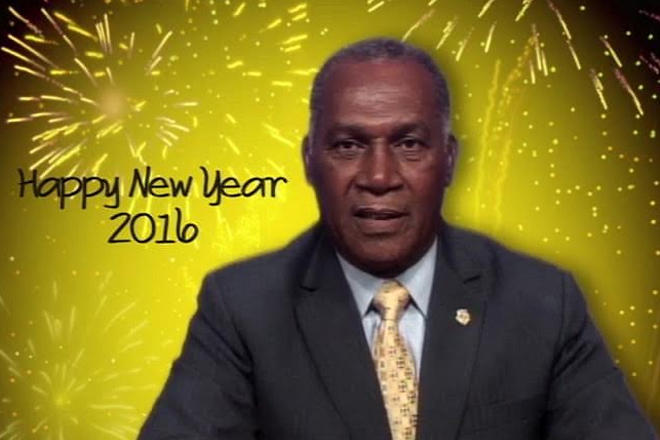 (ZIZ News) — The 2016 New Year’s Address of Nevis’ Premier, the Hon. Vance Amory began with words of hope and encouragement to that island’s citizens then sought to highlight some of the accomplishments in 2015.

The Nevisian leader showered praise on that island’s civil servants, whom he said did their part to ensure the island remains stable.

“I take this opportunity to thank all of you, my fellow citizens, for the sacrifices you have made throughout the past year in helping your country to remain on a sustained path of economic growth and development,” he said.

He also praised employees within the hospitality industry and the private sector for their contribution to the overall economic growth on the island.

Looking ahead, Premier Amory said 2016 will be a memorable year for development, both physically and socially, listing many projects that will come on stream or be completed this year.

He said “Many of the development plans and projects articulated in the Budget Address are already on stream and will manifest themselves fully in 2016. I look at the completion of the Veterinary Clinic, the construction of Wing Road at Nisbett Settlement, overlaying of portions of the Charlestown Bypass Road.”

Other developmental projects listed were the construction of the diagnostic wing at the Alexandra Hospital, the Omni Alexander Solar Plant and the Waste to Energy Plant; together with the completion of the Hot Meals Centre at the Joycelyn Liburd Primary School.