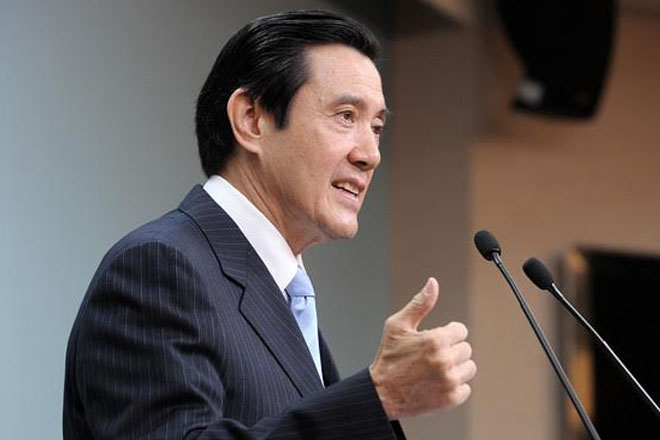 ROC President Ma Ying-jeou stressed Taiwan’s close ties with the EU and the inspiration of the European experience for the Republic of China Sept. 29 in a videoconference with Members of the European Parliament.

The peaceful settlement of disputes over the North Sea continental shelf in the 1960s and 70s gave President Ma insight into how sovereignty disputes could be shelved while resources were shared. He incorporated this spirit into the East China Sea Peace Initiative in 2012, leading to a fisheries agreement with Japan that has eliminated fisheries incidents and greatly increased catches. This year he proposed the South China Sea Peace Initiative based on the same principle.

President Ma reiterated that since 2008, under the framework of the ROC Constitution, his administration has maintained the cross-strait status quo of no unification, no independence, and no use of force. Based on the 1992 Consensus, Taiwan has continued to promote peaceful development in the Taiwan Strait. “As a result, against the historical backdrop of the past 66 years, stability and peace in cross-strait relations are now at an all-time high.”

Taiwan’s relations with the European Union have continued to advance in recent years, marked by the inclusion of Taiwan nationals in the Schengen visa waiver program in 2011, with many other countries following suit, so that 148 countries and territories now offer visa conveniences to Taiwan citizens. In the last seven years, Taiwan has signed 79 accords with the EU and European countries on areas ranging from education, customs and tariffs, and judicial assistance to youth working holiday programs, food safety, and R&D. Taiwan is also the EU’s seventh largest trading partner in Asia and 19th largest globally, while the EU is Taiwan’s fifth largest overall, and the major aggregate source of foreign investment, making now the time for the two sides to start talks on a bilateral investment agreement.

President Ma emphasized Taiwan’s international participation as a responsible stakeholder, peacemaker, and provider of humanitarian aid, and vowed to work with the EU and its member states to further boost relations.

The videoconference was held at the invitation of European Parliament Taiwan Friendship Group Chairman Werner Langen. A Q&A session followed President Ma’s remarks. For the full text and video, see the website of the Office of the President.