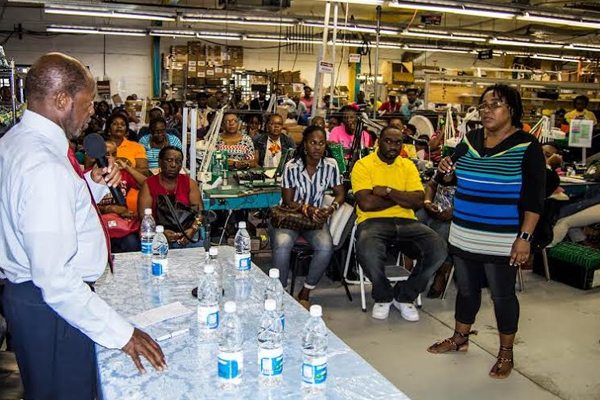 Following approval in the St. Kitts and Nevis National Assembly on Monday, Prime Minister Douglas noted Tuesday when a company closed, or when a company no longer had need of employees’ services, there was a question as to whether employees would receive severance pay, or they would receive some type of settlement from their employers.

“And for a long time, employees, upon being let go by a company, would know that they would receive either one, or the other: either severance pay, or a settlement package from their former employer. But definitely not both,” he pointed out during Tuesday’s weekly radio programme “Ask the Prime Minister.”

Dr. Douglas also noted that for a while now, his Government has been engaged with various stakeholders in an attempt to impress upon them the Government’s belief that employees in St. Kitts & Nevis should not end up receiving only one of either severance pay or a settlement from their employers, but should instead receive both the severance pay to which they are entitled as well as any settlement package that their employer may have determined to be appropriate.

“We think that the workers of the Federation deserve this, and we know that this change will go a long way to helping employees to start again after being let go by their former employers, it will go a long way to easing the transition between the employment which has recently come to an end, and the new job, business, or chapter that hose persons are about to begin. And so we feel very good about this,” said Prime Minister Douglas.

Legislation giving effect to this was passed by Monday’s sitting of the St. Kitts and Nevis National Assembly following a failed attempt by the opposition to prevent the first reading of the Protection of Employment (Amendment) Bill, 2014.

Team Unity after failing to prevent the debate on the issue which will benefit all workers, walked out of the lawmaking body and following debate, the measure was approved without the support of the opposition members.

“Indeed, I had hardly left the floor before I began receiving the texts, the phone messages, and the emails making it clear how important this policy shift is to so many,” said Prime Minister Douglas.