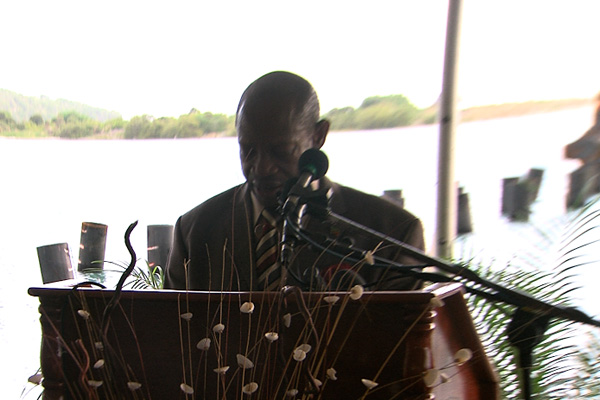 Prime Minister Douglas said that the marina is in line with his government’s diversification plan.

“My government is fully committed to diversification as an economic priority and to sustainability as the corner stone of this country’s long term vision. In light of this then the construction of Christophe Harbour’s Marina is a welcomed development indeed.”

According to the Prime Minister, the marina will also increase revenue for the island.

He said, “Both local workers as well as local enterprises are contributing to and benefitting from this project bringing into reality my government’s joint objectives of one; facilitating the expansion of a successful and vibrant Christophe Harbour here on the peninsula and two; creating and increasing revenue streams for the people of this proud and progressive country throughout the federation and across the economic sectors.”

The first phase of the marina, which includes the first 24 berths up to 65 meters, is expected to be completed by the end of this year.