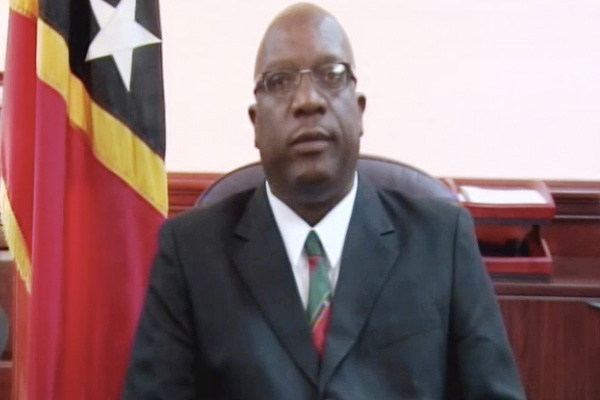 (ZIZ News) — The country’s Prime Minister, Hon. Dr. Timothy Harris is asking for continued patience as his team continues the transition process from the St. Kitts-Nevis Labour Party-led government to that of the Team Unity-led Government of St. Kitts and Nevis.

This week, Dr. Harris gave an update on the transitioning process, noting that all Cabinet positions have been filled and that they have asked seemingly political appointees of the former administration to resign.

“We will complete the senior appointments in government and on statutory boards in due course. More information will be provided on these and other matters as we move forward. We are acting honourably not hurriedly,” he explained.

Dr. Harris said as a new administration, his team must be afforded the opportunity to decide whether to retain persons described as political appointees or change them.

He said, to date his administration has taken a number of deliberate actions to have some persons reassigned and others repositioned.

“We ask for patience as we work diligently on your behalf. The former government had twenty (20) years. We have had only thirty-one (31) days. This period of transition gives us the opportunity to look at each ministry carefully. There are those that want to serve their country by working for government. You know that you can make your country better! We applaud you! We ask you to apply. We also ask you to be patient as we go through t his transition period together,” Dr. Harris said.