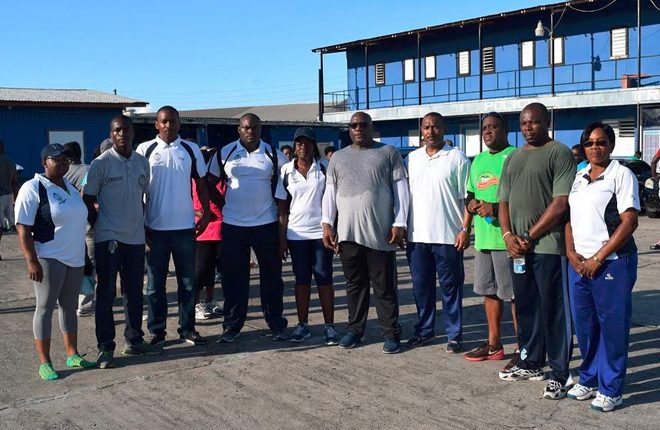 Standing amongst officers of the Royal St. Christopher and Nevis Police Force and members of the general public at the Police Training Complex on Saturday October 29, 2016, after completing a health walk to mark the opening of Police Week 2016, Prime Minister Harris reminded the citizenry that each person has a responsibility to assist in crime prevention and detection.

While conceding that “the police must be at the heart of it,” as the Force is tasked with “responsibility for law and enforcement,” Dr. Harris asserted that “every citizen and resident must play a part to wipe out lawlessness in the country,” adding that, “whether it is small crime or big crime, we can’t condone it because the small crimes, if they go unaddressed, would lead of course to bigger crimes.”

Dr. Harris further indicated, “As we walked, I read the back of Assistant Commissioner of Police Brandy’s Shirt with a powerful message: “if you see something, you must say something,” and noted that the officers job is becoming increasingly difficult, “by the refusal, even of victims, to cooperate and provide the information that can lead to successful prosecution.”