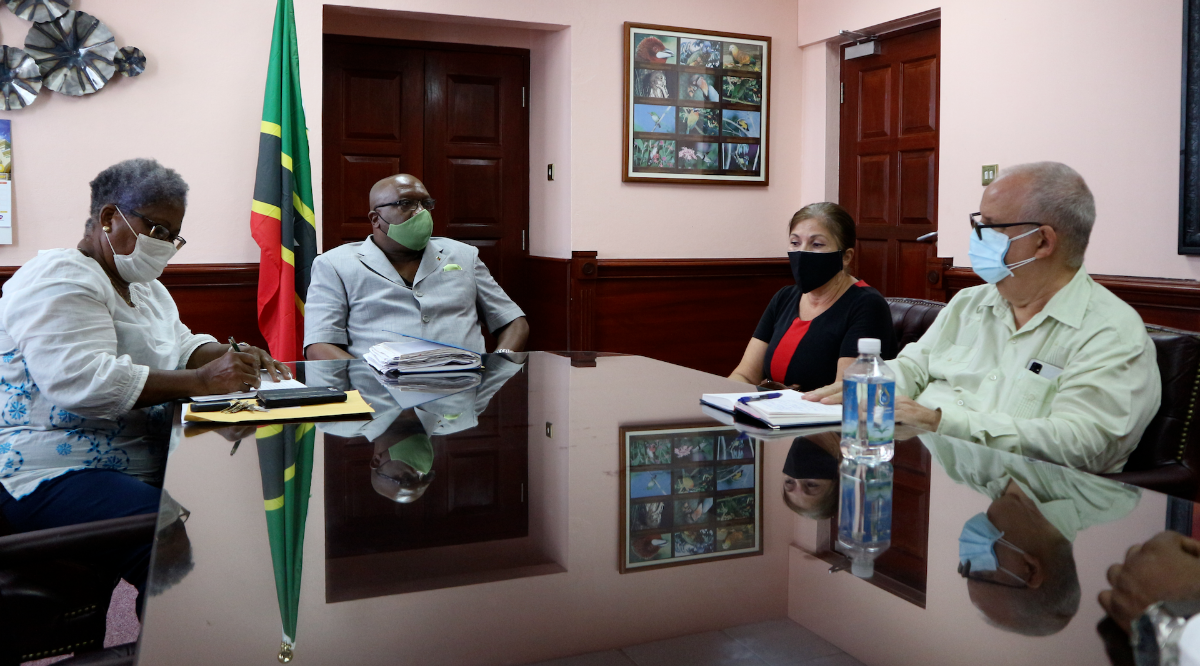 BASSETERRE, St. Kitts, July 15, 2021 (Press Unit in the Office of the Prime Minister) – On Wednesday, July 14, Prime Minister Dr. the Honourable Timothy Harris met with Resident Ambassador of the Republic of Cuba to St. Kitts and Nevis, His Excellency Abelardo Fabio Hernandez Ferrer.

Prime Minister Harris received a wide-ranging update regarding the recent protests in Cuba, and the challenges facing the Cuban people at this time.

During the meeting, Ambassador Ferrer outlined some of the challenges faced by the people of Cuba, including food shortage, electricity outages and shortage of foreign currency. The Ambassador blamed the hardships being experienced on the blockade and enhanced restrictions imposed by the U.S. government.

The Cuban Ambassador assured Prime Minister Harris that the situation is returning to calm. He further stated that no student of St. Kitts and Nevis had been involved in the protest, and to the best of his knowledge all were safe.

On the matter of the shortage of vaccines in Cuba, the Ambassador reported that the government is working to secure adequate vaccines. Even the production of vaccines in Cuba has been negatively impacted by the blockade and sanctions and as a result the country is still awaiting World Health Organization (WHO) approval for emergency use.

Prime Minister Harris said Cuba has been a good friend of the Caribbean Community (CARICOM) and of St. Kitts and Nevis.

“We hope the situations of difficulty and hardships will be resolved. We pray for peace and good order in Cuba and we stand ready to render assistance where we can. We, like all CARICOM Member States, have opposed the blockade against Cuba,” said Prime Minister Harris.

Ambassador Ferrer thanked the Honourable Prime Minister for the opportunity to meet and for the frank discussions held on a wide range of issues.