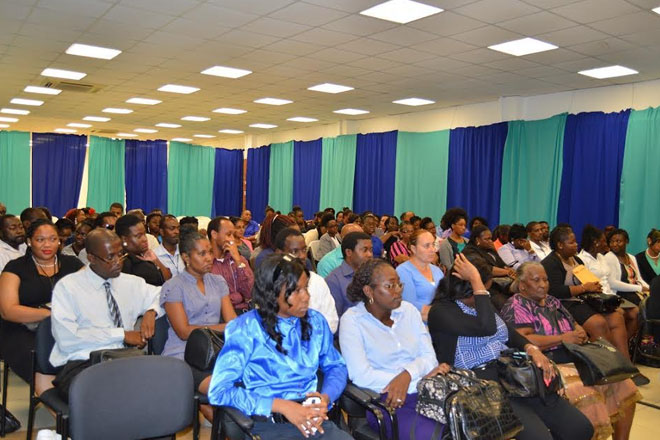 Basseterre, St. Kitts (SKNIS) — Prime Minister and Minister of Finance of St Kitts and Nevis, Dr. the Honourable Timothy Harris, met with the staff of Inland Revenue Department on Thursday 8th October, 2015. Prime Minister Harris thanked the staff for their invaluable contribution in nation building and underscored the importance of the department to the functioning of the Government of St. Kitts and Nevis.

The Federation’s Prime Minister noted that the collection of taxes is important to carrying out the social services that the government provides. He impressed upon the staff that the success or failure of the Inland Revenue Department to properly collect taxes would directly impact the government and people of the Federation, as the vast majority of government revenue is derived from tax collection.

Following his remarks, Prime Minister Harris fielded questions and listened to the concerns and recommendations from the staff. He pledged his government’s continued support to the department and vowed to enhance the department through staff support and reformation of the unit.