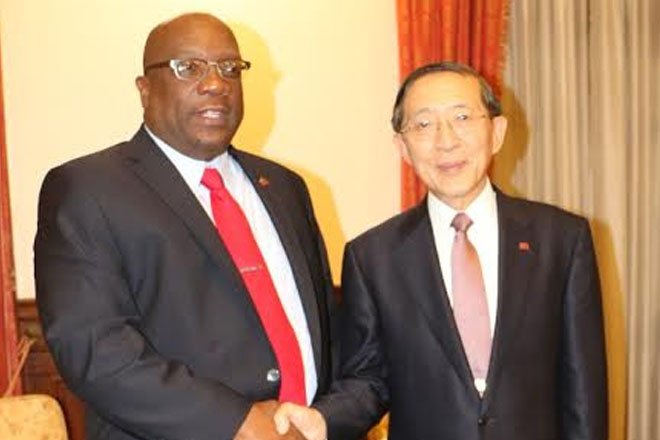 (ZIZ News) – While discussing ideas and avenues for further cooperation with Taiwan’s Minister of Foreign Affairs, His Excellency David Lin, St. Kitts and Nevis’ Prime Minister, Hon. Dr. Timothy Harris emphasized that the friendship between both countries pre-dates Independence and has stood the test of time.

Prime Minister Harris is on a five-day visit to the Republic of China (Taiwan).

While there, he also expressed his government’s appreciation to the Government and people of Taiwan for their partnership over the years, which enabled the federation to make significant progress as a developing nation.

In discussing future collaborative projects, he mentioned plans for expanding cooperation in the fields of health care and alternative energy and identified Cathay General Hospital, which is considered among the top health care facilities in Taiwan, as a possible partner to achieve this goal.

Meantime, Minister Lin has confirmed that Taiwan would be sending a medical mission to the federation in September to further develop strategies for future cooperation in the area of health care.

Prime Minister Harris’ visit continues on Friday when he will be the special guest of Taiwanese President, Ma Ying-Jeou.