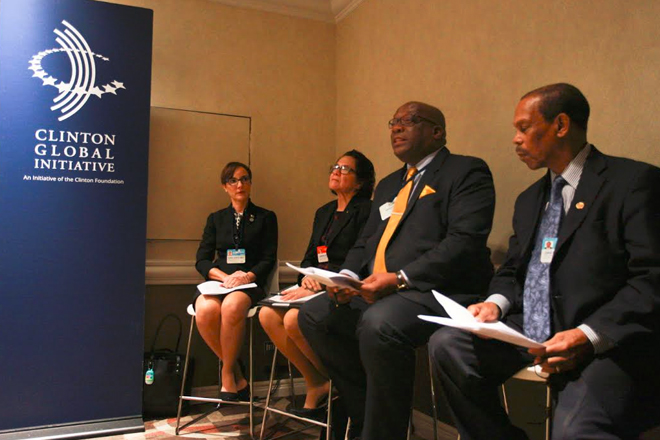 Prime Minister Harris holds successful meetings in New York ahead of his address to the U.N.

Prime Minister Dr. the Hon Timothy Harris is pursuing a very busy schedule ahead of his address to the United Nations General Assembly on Saturday, September 24th, 2016.

Prime Minister Harris, who is also lead spokesman for CARICOM on Human Resources, Health and HIV, was special guest at the Clinton Global Initiative (CGI) on the Every Caribbean Girl, Every Caribbean Woman Commitment. Dr. Harris highlighted issues to do with the gender gap in the Caribbean, and the need for cultural, legislative and other changes to close the gender gap. Later that evening, the Prime Minister attended the closing ceremony of the CGI as a special invited guest of former President Clinton.