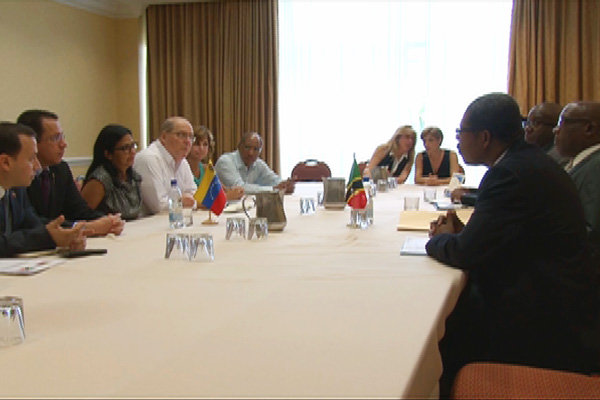 The delegations discussed matters of mutual interest including St. Kitts and Nevis membership in ALBA, Petrocaribe projects and the status of other bilateral cooperation projects. They agreed to get together in follow up meetings, at the soonest available time.

Foreign Minister Rodriguez also briefed Prime Minister Harris on political developments in Venezuela. She took the opportunity to extend a special invitation to the Prime Minister to attend a special commemorative function, to be held next month, in honour of the late President of Venezuela, Hugo Chávez.

On behalf of the government and people of Venezuela, Foreign Minister Rodriguez extended congratulations and best wishes to Prime Minister Harris on his election to the highest office.