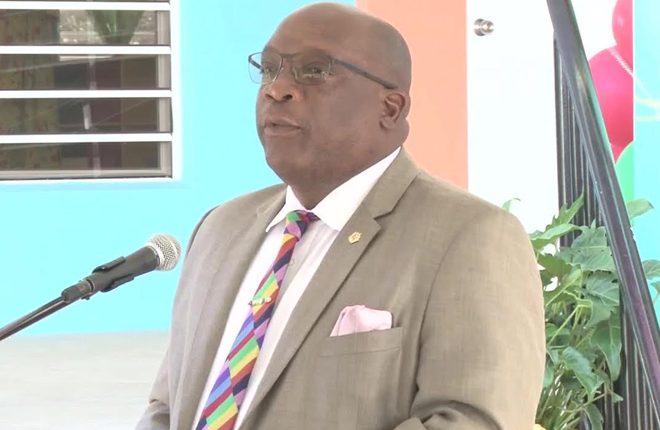 (ZIZ News) — As The Federation joined with other United Nations member states to celebrate International Women’s Day on Wednesday the Prime Minister lent his voice to the importance of the observance.

While speaking at the recently held opening ceremony for the newly renovated Victoria Road Preschool, Prime Minister of St. Kitts and Nevis, Dr. The Hon. Timothy Harris underscored the significance of the day.

Prime Minister Harris used the opportunity to acknowledge and commend all women.

“Here in ST. Kitts and Nevis we aim to be ahead of the rest and in this regard, our Senator with responsibility for Gender Affairs, The Hon. Wendy Phipps, has brought to Cabinet and has had the approval of the Cabinet for a month long calendar of event to mark the celebration of International Women’s Day” Prime Minister Harris stated before prompting the audience to applaud all women.

The United Nations theme for this year’s observation of International Women’s Day is, “Women in the Changing World of Work: Planet 50-50 By 2030”.

The campaign theme for International Women’s Day 2017 is “#Be Bold For Change”.