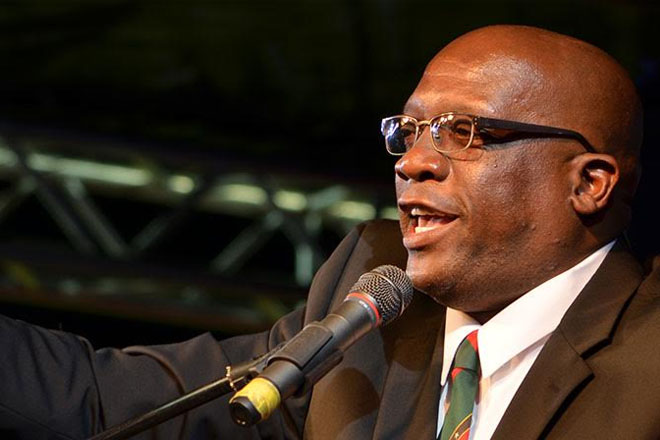 Prime Minister Harris and Attorney General Hon. Vincent Byron mingled with the players on Monday at the Yu Lounge as the team prepared to depart for St. Lucia, where it will play its first match.

Speaking specifically of the companies that recently came on board as sponsors of the local team, Dr. Harris said their sponsorship is a show of support for the country and its sportsmen.

“I think that is a good show of confidence for the local team, the more the merrier. We would want our sports personalities to have their full share of the rewards which are available for those who engage professionally in a sport of this nature,” he said.

Dr. Harris expressed delight that cricket was being promoted at such a high level in the country. He said the time has come for youth to again see playing cricket as a possible career.

“Some of us have been concerned that for too long, the cricketing aspect of our sporting stock has been somewhat neglected and I believe that as people come forward providing sponsorship and support, more of our young people will be motivated to see this as a profession in which they would want to engage,” he said.