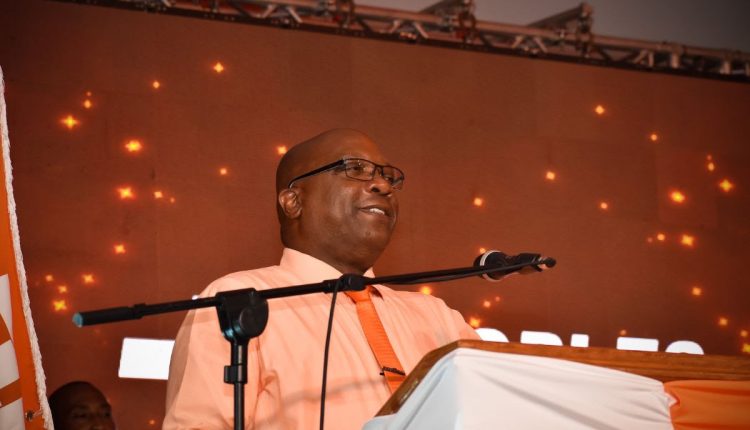 BASSETERRE, St. Kitts, March 28, 2022 (Press Unit in the Office of the Prime Minister) – During his party’s highly energized and electric National Convention on Saturday, March 26, 2022, Prime Minister Dr. the Honourable Timothy Harris reaffirmed his People’s Labour Party’s (PLP) commitment to the Team Unity movement, of which it is a founding member.

“We are grounded with our brothers and sisters. PLP has no ambition to go alone. PLP is saying that we will work with all interested parties—interested in unity to ensure that together, as one people, we can take St. Kitts and Nevis forward and make it our Garden of Eden – prosperous, peaceful, safe and secure,” said Prime Minister Harris, the Political Leader of People’s Labour Party.

In strengthening his party’s as well as his own commitment to the Team Unity construct, the honourable prime minister added, “Unity is an imperative for our country. Unity is not a choice. Unity, like charity, will ring hollow unless it is practiced at home. If charity does not exist at home we cannot demonstrate it outside. Today I stand and reaffirm my commitment to unity.”

Prime Minister Harris told the hundreds of persons in attendance at the Patsy Allers Playing Field and the thousands who tuned in to the live radio and social media broadcasts that St. Kitts and Nevis cannot afford to go back to the era of political tribalism.

“Unity for us has been the best instrument for marshalling the talents, dreams, and aspirations of our people. We must never let selfish personal ambitions so fully consume our personality that we intentionally or inadvertently divide our people. That is why unity must be the central organizing philosophy in our small country [for] no side can do it alone,” Dr. Harris said.

The two other parties that make up the Team Unity movement are St. Kitts based People’s Action Movement (PAM) and the Nevis-based Concerned Citizens Movement (CCM).