(Press Unit in the Office of the Prime Minister) – Prime Minister Dr. the Honourable Timothy Harris, the Parliamentary Representative for St. Christopher seven, brought smiles to the faces of students within his constituency on Tuesday, February 14, 2017, as the Team Unity Government’s two-year anniversary week of activities continues.

As part of the week of events, Prime Minister Harris, his Cabinet colleagues and senior government officials took time out to meet and greet students across St. Kitts and Nevis on Valentine’s Day.

The honourable prime minister’s trip commenced with a visit at the Violet Petty Primary School in Lodge Project where he was greeted by cheering students decked in red and white clothing in recognition of Valentine’s Day.

It was a similar sight in Molineux, as dozens of students gathered around Dr. Harris as he brought greetings and well-wishes from his Cabinet colleagues and the wider Team Unity Administration.

Students at the Estridge Primary School in Mansion village greeted the prime minister with thunderous applause as he spoke to them about the importance of love for self and others.

Prime Minister Harris’ fourth and final stop was at the Edgar T. Morris Primary School in Tabernacle. There, Dr. Harris said through this small gesture, his Team Unity Administration hopes to foster a greater sense of love and togetherness among the young people of St. Kitts and Nevis.

“We determined that we would go out to all of the schools as a demonstration of our love for the young people of St. Kitts and Nevis and help them to appreciate that it is important to show and to express love in all that they do, so that our society can become a more wholesome one, a lovelier one of which all of us can be proud,” Dr. Harris stated.

The prime minister continued, “This has been a very joyous occasion for me having visited four schools within my constituency. I want to commend and congratulate all of the schools for their level of organisation and for the celebration of Valentine’s. I want particularly to congratulate Dale Phipps of Mansion – the Head teacher at Violet Petty Primary School – for the well organised way in which they received us and prepared for us and for allowing the students to celebrate in their colours.”

Earlier that day, Prime Minister Harris, along with Deputy Premier of Nevis and Minister of Foreign Affairs and Aviation, the Honourable Mark Brantley and Minister of Public Infrastructure, Post et. al., the Honourable Ian Patches Liburd, took questions and listened to the concerns of residents and citizens as guests on WINNFM radio’s “Voices” programme. 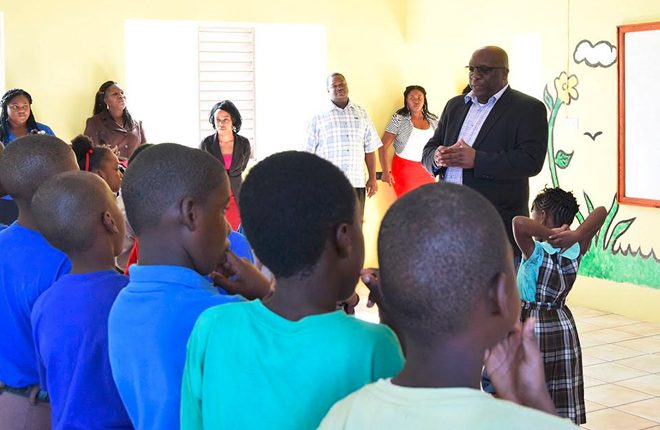 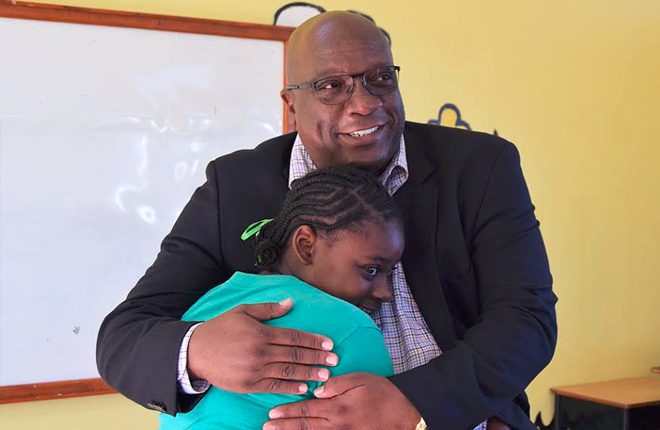 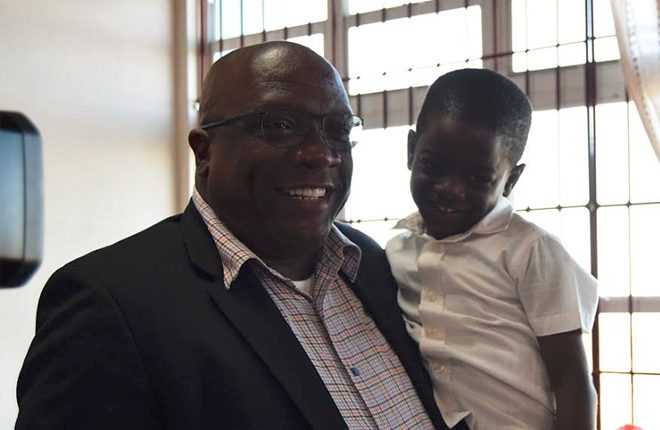