(Press Unit in the Office of the Prime Minister) – St. Kitts and Nevis’ Prime Minister, Dr. the Honourable Timothy Harris, took time out his schedule on Monday, April 16, to attend the Pitch@Palace Commonwealth ceremony at St. James’s in support of local entrepreneur, Mr. Deon Herbert of CaribePay Solutions Limited.

Prime Minister Harris joined the Duke of York and other Commonwealth leaders at the Pitch@Palace Commonwealth ceremony.

Mr. Herbert was one of 30 entrepreneurs who was given the opportunity to pitch their businesses at the ceremony in the 30 second category. Other entrepreneurs were given three minutes to make their presentations.

Held under the theme, “Human Tech – Benefits for Humanity,” Pitch@Palace Commonwealth sought to support entrepreneurs that have identified opportunities in the areas of biotech and medtech, education, energy and the environment, internet security, consumer Goods and IOT, artificial intelligence and machine learning, communications, media and entertainment. 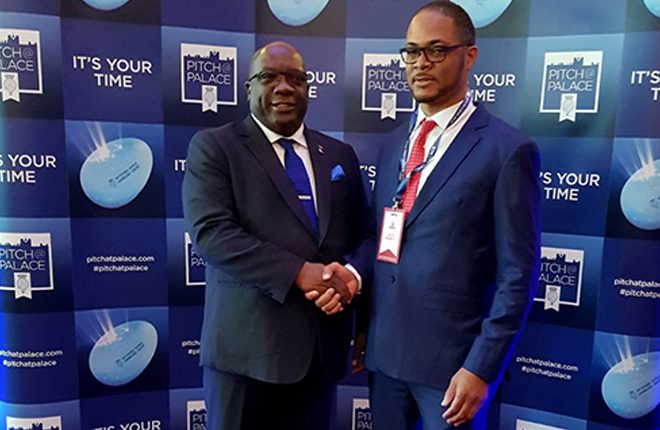 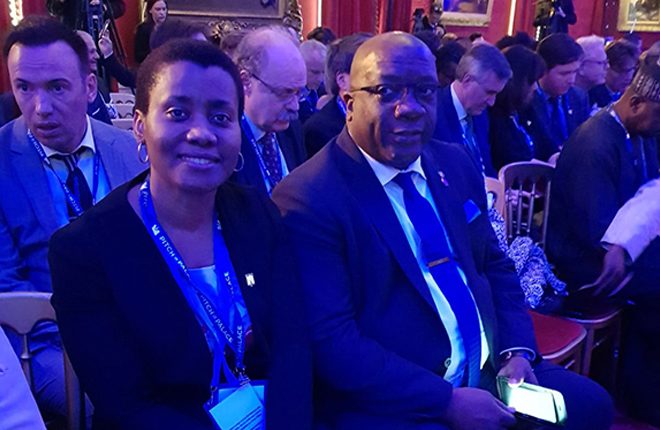