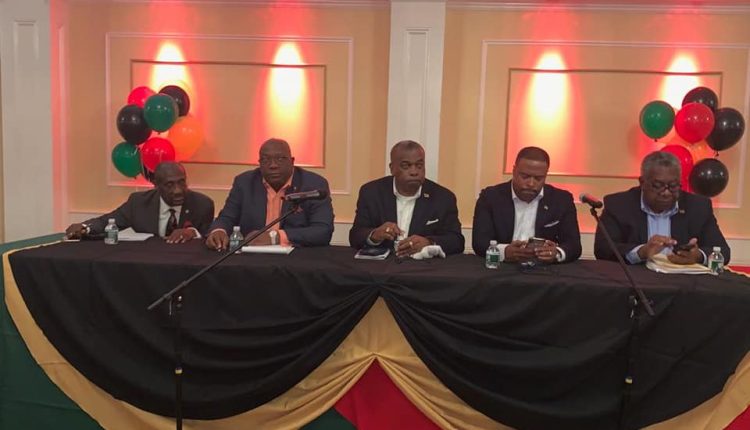 Prime Minister Harris to Lead Consultation With the St. Kitts and Nevis Diaspora in Miami on Monday, September 30

BASSETERRE, St. Kitts, September 28, 2019 (Press Unit in the Office of the Prime Minister) – Prime Minister Dr. the Honourable Timothy Harris will continue his outreach to citizens of St. Kitts and Nevis in the Diaspora next week when he meets with nationals living in Miami on Monday, September 30, 2019.

The consultation will be held at the Holy Family Episcopal Church located at 18501 NW 7th Avenue, Miami Gardens, Florida. The meeting commences at 7:30pm.

The consultation in Miami is coming on the heels of a highly successful Diaspora Forum with nationals living in the Tri State area on Thursday, September 26 at Eastwood Manor in the Bronx. That meeting was attended by close to 300 hundred nationals, all of whom applauded the Dr. Harris-led Team Unity Government on the many positive developments taking place back home in St. Kitts and Nevis in under five years in office.

The success of the meeting in New York inspired nationals living in Miami to reach out to the prime minister’s delegation insisting that they be favoured with a similar event, to which Prime Minister Harris consented, and as a result the consultation will take place on Monday.