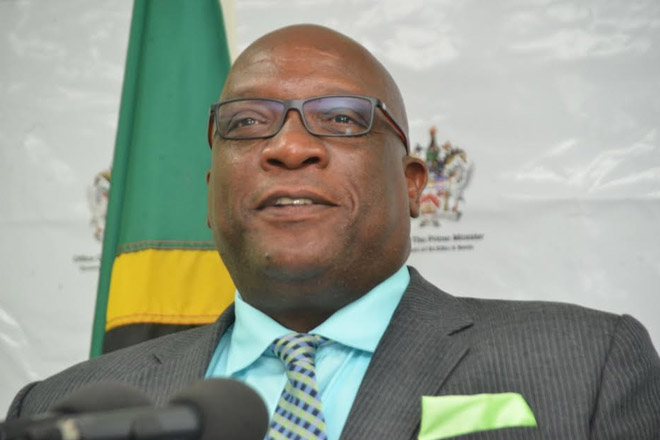 Prime Minister Harris updates the nation on preparations for Independence 33

(SKNIS): The Federation of St. Kitts and Nevis will celebrate 33 years of Independence on September 19, 2016. Prime Minister, Dr. the Honourable Timothy Harris during his monthly press conference on Wednesday, July 27, updated the Federation on plans thus far.

“The Independence planning committee is well on its way in the formulation of the official calendar of events,” said Prime Minister Harris, while adding that this year’s planning committee is being chaired by Senator Hon. Wendy Phipps, and co-chaired by Mrs. Josephine Huggins, Cabinet Secretary, and Osbert DeSuza, Permanent Secretary in the Office of the Prime Minister.

Prime Minister Harris touched on the theme competition for this year’s Independence celebrations and reminded residents of the deadline for submission which is today, Wednesday, July 27. He noted that a number of submissions have been received.

“Thus far, a total of 18 themes have been submitted by the general public and we are grateful for that show of interest and support for our National Independence Programme,” said Prime Minister Harris. “Both the Planning Committee and our Cabinet will, in short order, make a decision on the winning entry. An announcement of the winner and winning entry will be made within the next two weeks. The winner will be duly recognized by Cabinet, including being issued with official invitations to all major Independence events over which the Government has control. The winning theme will also be incorporated in all communications and events surrounding our Independence celebrations.”

Dr. Harris noted that Nevis will once again be included on the calendar of events for Independence 33.

“I should also advise our people that in keeping with the decision taken by our Team Unity Cabinet last year, at least one of the major Independence events will be staged in Nevis,” said Dr. Harris. “Last year, the Team Unity Government made history in this regard, for it was the first time ever that a major Independence event was held on our sister island of Nevis, that was the National Service of Thanksgiving. The event to be staged in Nevis [this year] will be determined shortly.”

He urged all to participate in Independence 33 as it is a time to celebrate the growth of the country and what it has achieved.

“As is customary, our Government encourages every citizen and resident to get fully involved in our Independence celebrations,” said the Prime Minister. “It is the major time in our Country when we get an opportunity to demonstrate our national pride, our patriotism, and focus on those gifts, talents, resources and opportunities bestowed on us by Almighty God in this land of beauty.”