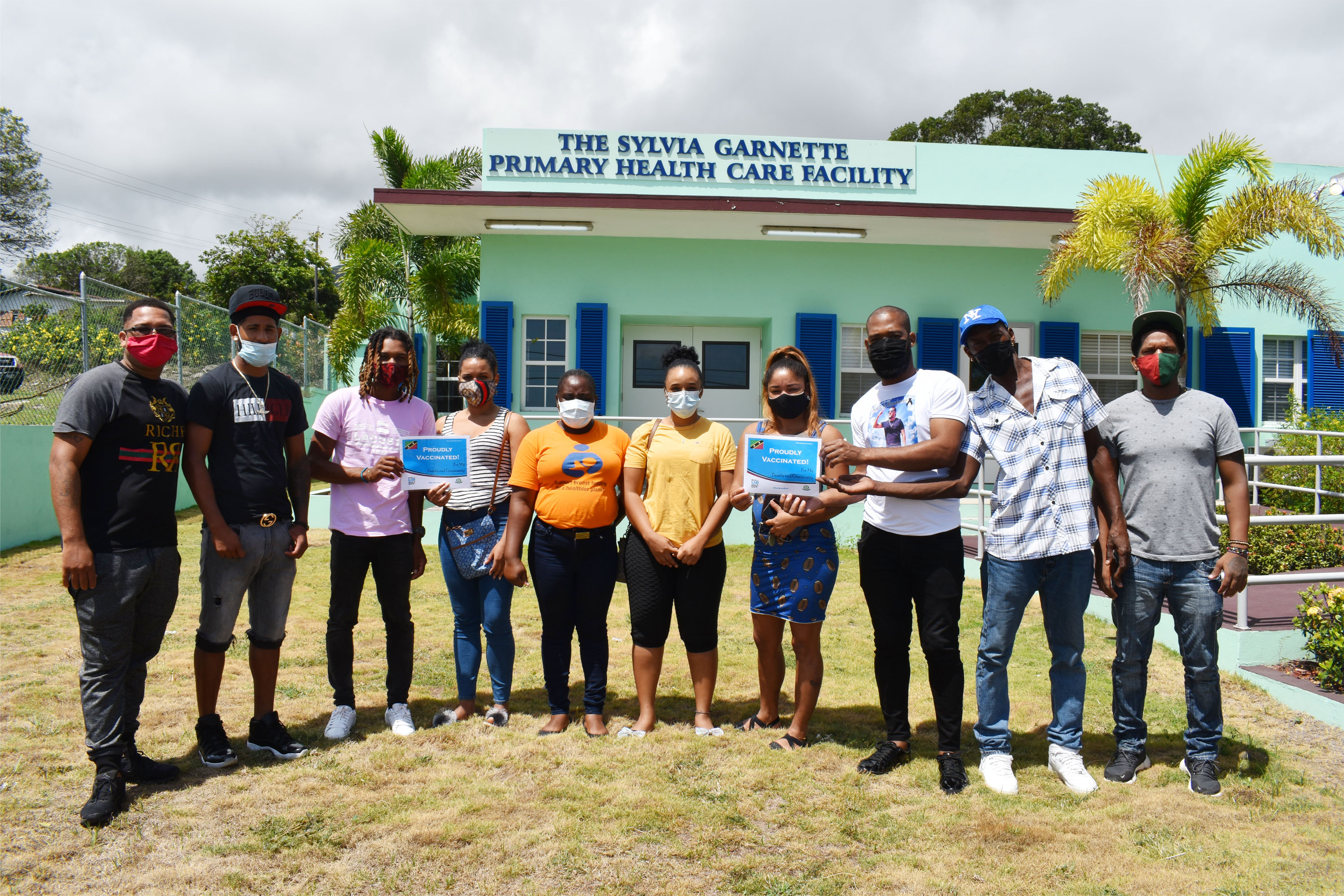 BASSETERRE, ST. KITTS, June 13, 2021 (MMS-SKN) — Even as the Federation of St. Kitts and Nevis races towards achieving herd immunity in its fight against the Covid-19 pandemic, there is some vaccine hesitancy among young people between ages 18 and 30 which Prime Minister Dr. the Hon Timothy Harris is seeking to reduce by personally encouraging them to take the vaccine.

Prime Minister Harris spent the better part of the day Saturday June 12 at the Sylvia Garnette Primary Health Care Facility where he was, as he has been doing on all Saturdays, encouraging persons from his constituency (St. Christopher Seven – Bellevue to Ottley’s) to take the vaccine and among those he encouraged were young people some who took their first dose and others their second dose.

“There is so much information out there, some good and some negative information and in this era of the internet and the smartphone people easily access this information which oftentimes leaves them undecided,” observed Dr Harris. “That is how we come in and give them the facts as they are. I have taken it upon myself to encourage young people, not only from my constituency but from all parts of the country, to take the vaccine.”

According to the Honourable Prime Minister, the young people that he would have talked to and even those who came to him to seek guidance ended up taking the vaccine, which is proof enough that they appreciate what is good for themselves, their families and their communities. He noted that he was heartened to see young people doing the right thing by taking the vaccine, ignoring all the negative information.

At the National Emergency Operations Centre (NEOC) Covid-19 Press Briefing held at the NEMA conference room later that afternoon, Prime Minister Harris gave a word of commendation to “all who have taken on this fight, like real soldiers marching to battle, and I count among the soldiers the 20-plus thousands of our citizens and residents who have gone to be protected, and urge everyone else to join.”

He pointed out that he had come from the Sylvia Garnette Primary Health Care Facility in Tabernacle where Nurse Norine Gabriel, and her assistant Nurse Vivien Greene-Simon were putting their all by comforting, assuring, and being helpful to persons who turned out for the Saturday edition of the vaccination session.

Several persons, the Honourable Prime Minister noted, have been bringing persons to the vaccination centres, and he thanked them for undertaking a job which he termed as a national service. He added: “I want to thank one officer, Officer Jason McGowan, who over the last couple of weeks has devoted his time to get persons to these centres, and to thank him and all others.”

On this particular Saturday when a total of 23 individuals took the second dose and ten took the first dose of the AstraZeneca Covid-19 vaccine at the Sylvia Primary Health Care Facility, Officer McGowan had brought three persons. In the past he would have brought more individuals who rolled up their sleeves for the vaccination exercise.

Others who have been encouraging and bringing persons for vaccination in Tabernacle on Saturdays include Ms Desiree Huggins, Mr Everette ‘Capital’ Allen, Mrs Jacqueline Liddie, Ms Marsha Lewis, and Mr Vince ‘Tokey’ Matthew.

A number of persons from the local Spanish community have been turning up at the Tabernacle healthcare facility as Nurse Vivien Greene-Simon, who is Cuban trained, speaks fluent Spanish.