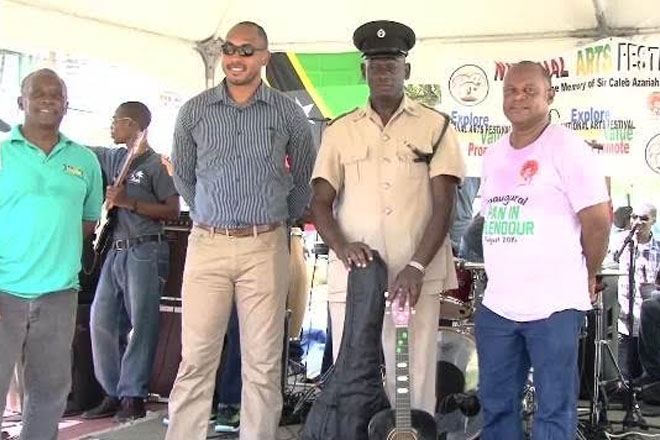 The musical instruments were donated by Chuck Fox, who resides in New York City. He was assisted by Colgate University, a private liberal arts college located in New York.

Director of Culture, Troy Mills thanked Mr. Fox for his contribution to the Ministries of Culture, Health and Education over the years.

Mills used the opportunity to encourage nationals of St. Kitts and Nevis to emulate the example of Chuck Fox in helping in the development of the Federation.

“The Government of St. Kitts-Nevis always welcomes contributions like these. We implore nations at home and abroad to follow the example of Mr. Chuck. Businesses, it could be you as an individual, it doesn’t have to be anything elaborate and we really encourage you to come onboard and assist us,” Mills said.

The guitars were accepted by Chief Prison Officer, Alton Liburd, who thanked all involved for the gifts and said they will greatly help in the rehabilitation of the inmates.