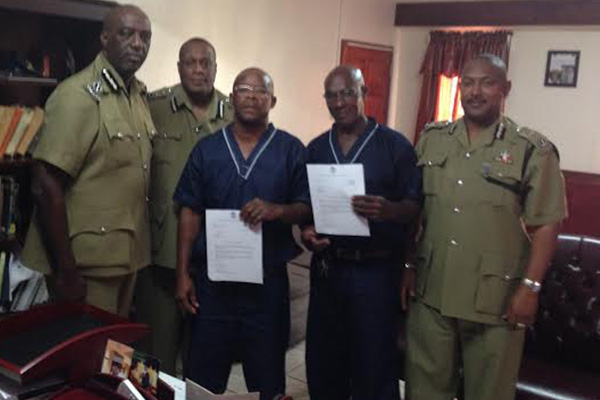 Prisoners commended for their hard work by the Commissioner of Police

ZIZ News…Dec 31, 2013—-Two prisoners have been commended by the High Command of the Royal St. Kitts and Nevis Police Force for their work while incarcerated.

Both prisoners thanked the High Command for recognizing their hard work.

Among the work they did were making desk, cabinets and cupboards for the Police Headquarters, the Police Training School and at the Stanford Building.