Private and public sector host Anti-Crime March and Rally i

(ZIZ News) — The Ministry of National Security teamed up with the St. Kitts-Nevis Chamber of Industry and Commerce and the Ministry of Education in organizing an Anti-Crime March and Rally in St. Kitts on Tuesday.

During a rally at the end of the anti-crime march, Minister of National Security Dr the Hon. Timothy Harris said he was happy to see such a large turnout.

“We are concerned like the rest of the society that all hands must be on deck and so I was very pleased that today we were able to mobilize hundreds if not thousands of people in support of this effort in to fulfil an agenda of public safety and security,” he said.

He also spoke of the importance of the march and rally.

“It is our young persons who suffer the most as a result of violence and crime. We see that reflected in the many young persons who today have lost a love one through crime and violence. That is why it was important to us to do something very special that could capture the imagination and the interest of the youth in St.kitts and Nevis,” he said.

The anti-crime activities were hosted under the theme “Stop ‘N’ Think Before You Proceed.” 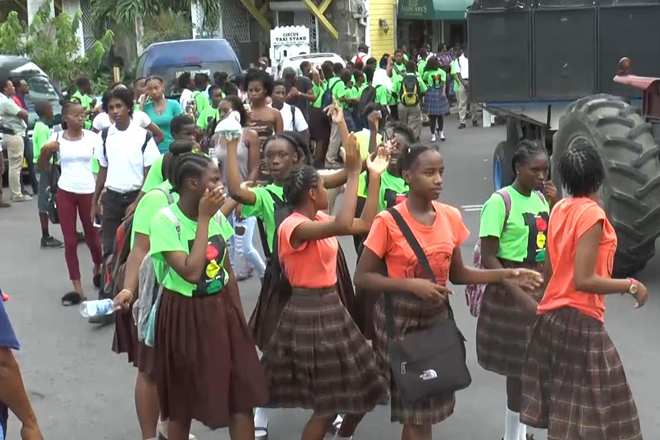 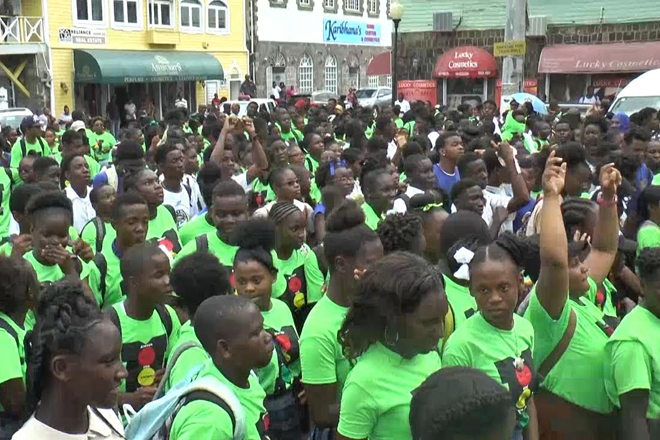 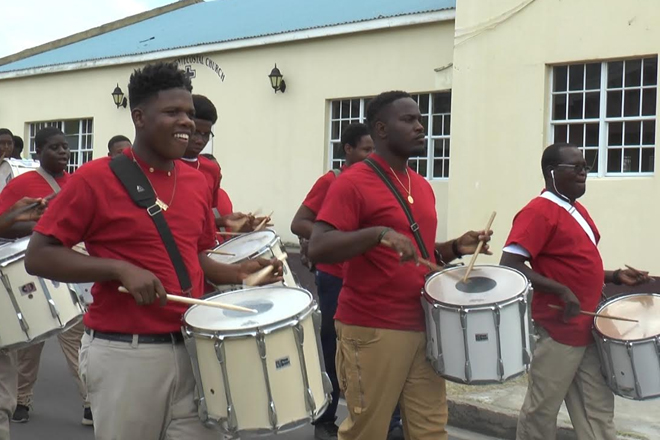 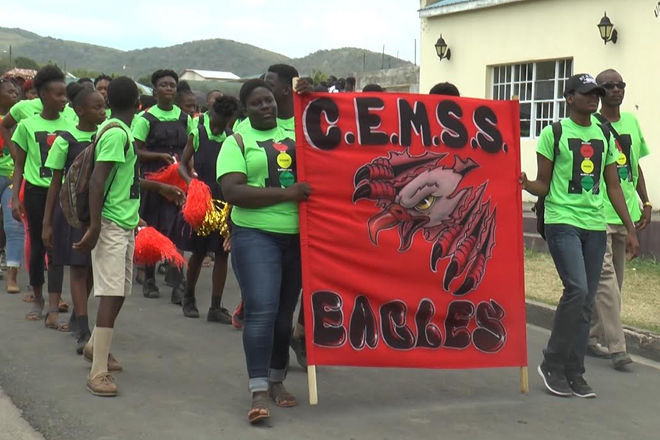