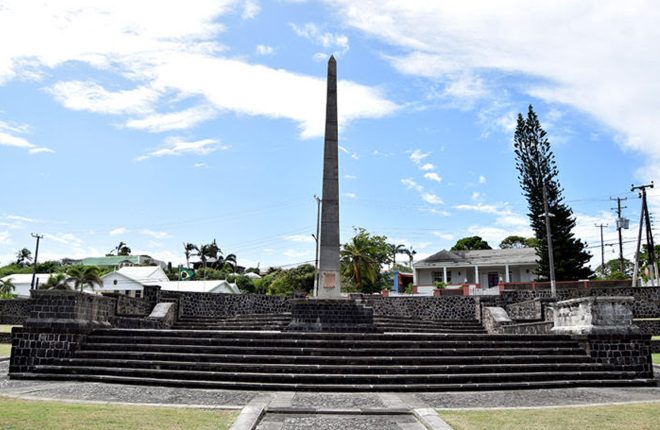 (Press Unit in the Office of the Prime Minister) – Citizens and residents of St. Kitts and Nevis are being invited to attend the Remembrance Day Religious Service and Parade on Sunday, November 11, 2018 at the Cenotaph in Fortlands, Basseterre from 8 am.

There, Prime Minister Dr. the Honourable Timothy Harris, members of his Cabinet and other government officials, as well as members of the armed forces and uniformed bodies will gather to pay their respects to the heroes who gave their lives during the Great Wars of 1914 to 1918 (World War I) and 1939 to 1945 (World War II).

Each year, on the second Sunday of November, services of remembrance take place at war memorials and cenotaphs in Britain and Commonwealth nations to pay tribute to their servicemen and women who died in World War I and World War II.

Notably, this year marks the 100th anniversary of the end of World War I.

In St. Kitts and Nevis, the National Day of Remembrance for the victims of the Great Wars will be observed with the annual inter-denominational religious service and military parade at the Cenotaph in Fortlands, Basseterre, starting with two minutes of silence.

Following the presentation of the “Ode to the Fallen,” His Excellency the Governor-General, Sir S. W. Tapley Seaton, G.C.M.G., C.V.O., Q.C., J.P. and Dr. the Honourable Timothy Harris will lay wreaths at the cenotaph. Wreaths are also expected to be laid by a British representative; a representative of the British Commonwealth Ex-Servicemen League; Commander of the St. Kitts-Nevis Defence Force, Lieutenant Colonel J. Anthony Comrie; Acting Commissioner of Police, Mr. Hilroy Brandy and leaders of the other uniformed organizations on parade.