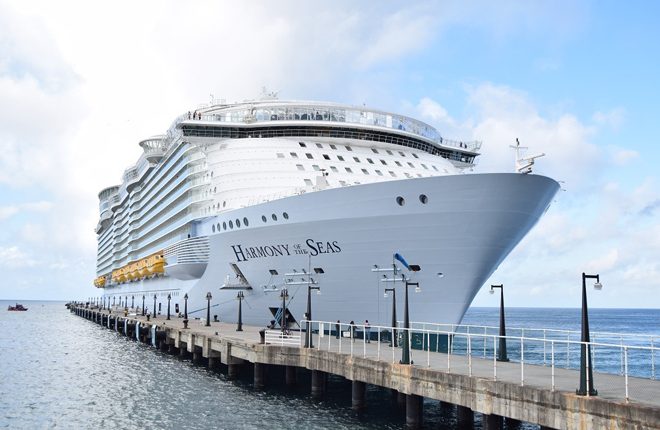 (SKNIS): Minister of Public Infrastructure and Transportation, the Honourable Ian Patches Liburd, announced at the sitting of the National Assembly on February 21, that the public loan signing ceremony for the construction of the second cruise pier in Basseterre, St. Kitts, will take place on Monday, February 26, 2018, at 4:00 pm, at the Port Zante Arrivals Hall.

Minister Liburd reported to the Parliament that with the increase in cruise ships to the country, sometimes more than four ships per day, it had become necessary to build a second cruise pier to meet the growing demand in cruise tourism. “These ships need infrastructure,” he said.

“We came to Parliament Mr. Speaker and we sought to amend the legislation as a condition precedent to the financing of the pier,” said Minister Liburd, while underscoring that this new development “would hit at the heart of the grassroots economy” with benefits for the ordinary man and woman including taxi drivers, hair braiders, primate vendors, and those who work in the cottage industry.

“I can report to the Parliament that all the conditions have now been met—the Saint Christopher Air and Sea Ports Authority (SCASPA) Act 2018 has been Gazetted and I can inform the honourable House and the nation that the loan has been approved Mr. Speaker,” he additionally said.

“The Ministry is ensuring that Public Infrastructure and Transport become as modern in this country as any country in the world,” Minister Liburd said.