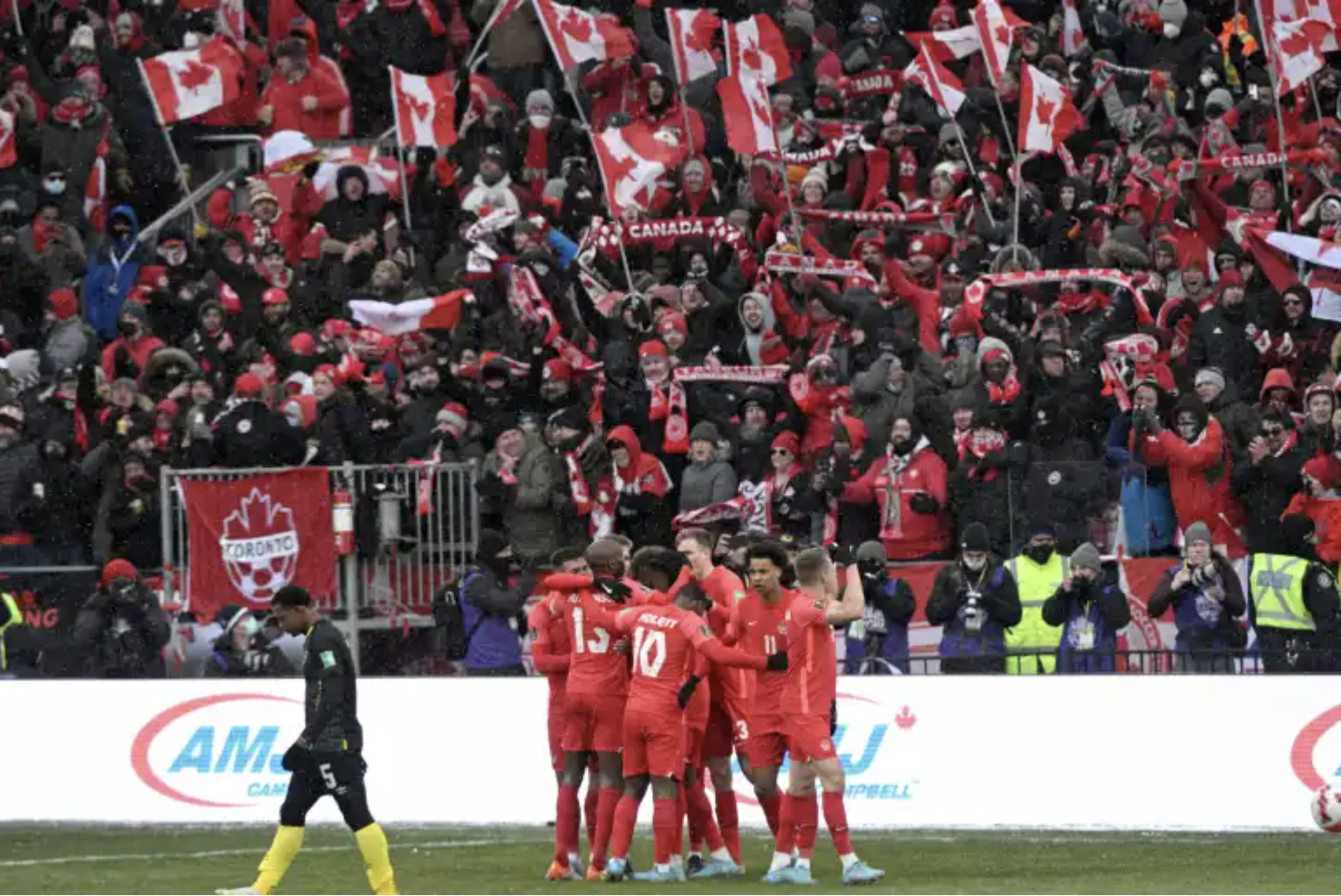 Canada has qualified for the football World Cup for the first time in 36 years, after thoroughly beating Jamaica 4-0 in Toronto.

Goals from Cyle Larin, Tajon Buchanan, Junior Hoilett and an Adrian Mariappa own goal on Sunday secured all three points following a dominant performance against a Jamaica side already eliminated from contention in the CONCACAF region’s qualifying tournament for this year’s finals in Qatar.

The win sparked wild celebrations at Toronto’s 30,000-capacity BMO Field, where an expectant sell-out crowd had gathered to watch Canada clinch World Cup qualification for only the second time, having last appeared at the 1986 Mexico tournament.

Canada’s English manager John Herdman – who took over the men’s team in 2018 after a successful stint in charge of Canada’s women’s team – said the qualification was proof that Canada was a “football country”.

“You know what, you can play in a Champions League final, Canadians can play for Bayern Munich, and now they’re going to World Cups,” Herdman said in a reference to injured Canada and Bayern Munich star Alphonso Davies.

“Canada is a football nation and we better believe it. We’re going to keep going. We’ve only just got started.”

After a strong qualifying campaign had left them three points clear with two games remaining, Canada needed only a point from Sunday’s fixture to assure themselves of qualification.

That objective was never in doubt as Canada’s Les Rouges went on the attack against Jamaica’s Reggae Boyz from the whistle.

Larin could have opened the scoring after only five minutes, but his shot after Jonathan David’s surging run and the pass was well saved by Jamaican goalkeeper Andre Blake. But Larin made no mistake in the 13th minute to bag Canada’s opener.

A lovely team move ended with former Portugal Under-21 international Stephen Eustaquio splitting the Jamaica defence to find Larin, who calmly tucked away the finish to spark raucous celebrations.

The remainder of the half was only a question of when Canada would add to their lead as wave after wave of red-shirted players laid siege to Jamaica’s goal.

David should have doubled Canada’s lead on 15 minutes but shot wide from eight yards and in the 21st minute, Buchanan squandered a gilt-edged opportunity, scooping his shot over the bar.

Jonathan Osorio went close with a deflected shot in the 34th minute, and Buchanan then missed another opportunity from Osorio’s cross.

Larin was the next to miss on 38 minutes, guiding his shot just wide of the post to leave Herdman howling in disbelief on the sidelines. But just when it looked as if Jamaica might restrict Canada to one first-half goal, their resistance was finally broken.

David crossed from the far post, Buchanan lost his marker, took a touch and buried his finish into the bottom corner. That sent the home crowd into party mode and Canada’s dominance continued throughout the second half, with the hosts carving out chance after chance only to be let down by their finishing.

Finally, however, the dominance paid off seven minutes from time when English Championship player Junior Hoilett collected a pass from Buchanan and coolly placed his finish beyond Blake for 3-0.

There was still time for Canada to grab a fourth when the London-born left-back Sam Adekugbe launched yet another powerful foray down the flank. The defender’s cross into space was met by Jamaica defender Mariappa, who sliced his finish into his own goal for 4-0.

“We’ve been through some tough times,” Herdman said. “I’ve knocked on doors to ask for money for this team, and we did it. And we just kept believing.