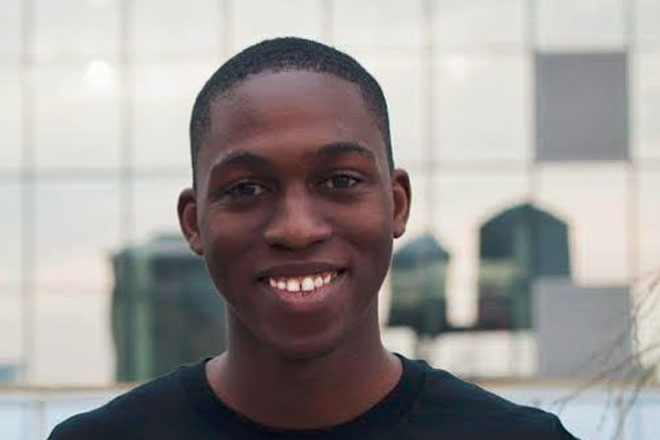 Belle went on to explain how he has been preparing for this trip so far.

“We received the itinerary already and it includes different places where I would be visiting like the UK Headquarters for Twitter, #10 Downing Street which is the home of the UK’s Prime Minister. I’ve been reading up on it. Reading up so that I would know what questions to ask, how to dress for certain occasions among other things”, Belle stated.

The Queen’s Young Leader added that he was very excited to meet with the other nominees from across the common wealth.

“To be selected from over 2500 applicants and more from across the Commonwealth countries is very remarkable and amazing. It’s an awesome feeling to be selected as 1 of 60 of the young people. I can’t wait to meet the other 59 persons as well and receive the award from the Queen. Last time I went to London I took a picture outside of Buckingham Palace and now this time, I am going to get a picture inside Buckingham palace. Dreams really do come true”, he expressed with delight.

More than anything else, Belle said he is looking forward to eating British fish and chips as well as the Canadian dish Poutine from other Canadian Young Leaders.

The Queen’s Young Leader Award recognizes and celebrates exceptional people aged 18-29 from across the commonwealth, who are taking the lead in their communities and using their skills to transform lives.

Winners of this prestigious award will receive a unique package of training, mentoring and networking, including a one-week residential programme in the UK during which they will collect their award from her majesty.

The ceremony takes place at the Buckingham palace on Thursday June 23.