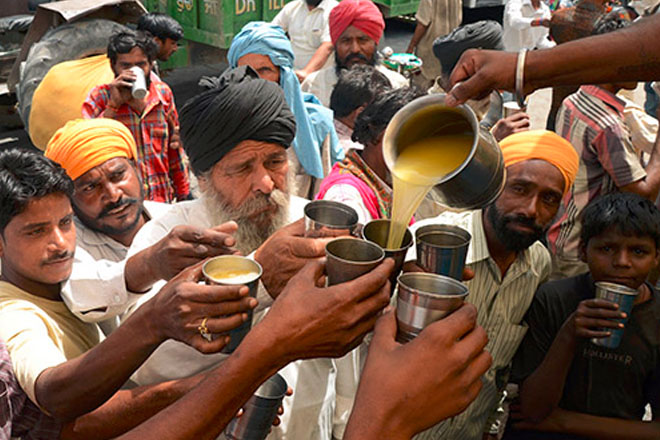 Hyderabad, India (AFP) — Scattered rain on Sunday brought much-needed but only temporary relief to parts of India hit by a long heatwave as the death toll from the blistering temperatures crossed 2,200, officials said.

Thunderstorms struck sections of southern states of Andhra Pradesh and Telangana, which have borne the brunt of the deadliest heatwave in more than two decades, as well as the capital New Delhi.

But the toll continued to climb and the weather bureau warned that temperatures in swathes of southern, western and northern India would hover around 45 degrees Celsius (113 degrees Fahrenheit) in coming days.

Another 541 people have died in neighbouring Telangana from the heatwave, an official said. Hospitals are struggling to cope with the number of patients suffering from severe heatstroke.

Hundreds of mainly poor people die at the height of summer every year in India, but this year’s figures are already the highest since 1995 when official Indian data showed 1,677 people succumbed to the heat.

Experts point to record high temperatures this year over a longer period than usual.

In his monthly radio address on Sunday, Prime Minister Narendra Modi urged everyone “to take care of yourselves in this heat” as India waits for the monsoon rains to hit.

In the eastern state of Orissa, 21 deaths have now been recorded from the heat, with at least another nine deaths reported elsewhere in the country, the Press Trust of India news agency reported.

A brief spell of rain on Sunday brought slight relief in the Delhi region but the temperature again touched 43 degrees Celsius (109 Fahrenheit) in the afternoon.

India declares a heatwave when the maximum temperature hits 45 degrees Celsius, or five degrees higher than the average for the area in previous years.

The annual monsoon, which had been forecast to make landfall in the southern state of Kerala on May 30, has slowed in the Bay of Bengal, according to forecasters. It is now predicted to arrive on Monday before sweeping across the country’s arid plains in the weeks ahead.