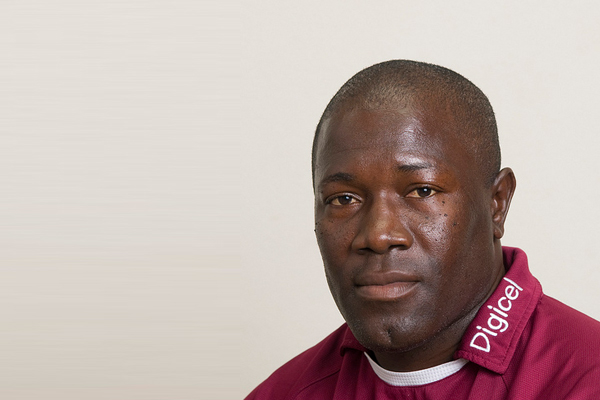 Port Elizabeth, South Africa CMC — Adverse weather which plagued the second Test between South Africa and West Indies returned to force the abandonment of the final day at St George’s Park here Tuesday, as the contest finished in a tame draw.

Heavy overnight rain left the scenic venue unfit for play and after a couple of inspections, match officials put paid to any possibility of play at 1:05 pm.

Rain had also wrecked the penultimate day’s play on Monday, allowing only 35 overs.

With 98 overs scheduled for the final day, the match was set up for a tense finish, especially with the Windies on 275 for nine and still trailing the Proteas by 142 runs.

West Indies coach Stuart Williams said the Caribbean side had shown signs of improvement, coming on the back of the heavy defeat at Centurion in the first Test.

“We showed that over the past couple of days,” he said.

“We had two centurions against the number one bowling attack in the world and our bowlers were more consistent.”

West Indies watched as South Africa piled up 417 for eight declared but then responded strongly as 22-year-old opener Kraigg Brathwaite (106) and the experienced Marlon Samuels (101) both struck hundreds.

Their record third wicket partnership of 176 lifted West Indies to 231 for two during the second session on Monday, before the tourists lost seven wickets for 44 runs to decline significantly.

Captain Denesh Ramdin said he was pleased with the effort put in by both Brathwaite and Samuels and said he hoped for the continued resurgence in the final Test starting Friday in Cape Town.

“Hopefully those two guys can kick on and guys like Shiv (Chanderpaul) and myself can back them up,” he noted.

“We bowled in the right areas and created some chances. Hopefully we can do something good in the next Test match. We have to look at our fielding and work on our catching.”

South Africa, meanwhile, were left frustrated by the washout, believing they could have forced a result on Tuesday’s final day.

“We were hoping to get the last wicket quickly and then set them a target with 50 or 60 overs to go,” said Captain Hashim Amla.